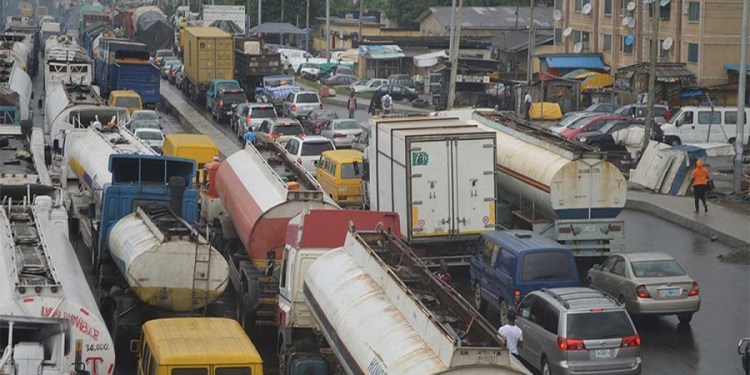 The Nigerian Ports Authority (NPA) has directed the enforcement of Minimum Safety Standards (MSS) scheme for trucks doing business at the ports with effect from July 1, 2021.

CityNews Nigeria learnt that the scheme, which is anchored on the ETO platform, is aimed at stopping the incessant breakdown of trucks on the port’s access corridor or containers falling off the trucks and claiming innocent lives. It is also to ensure that only road-worthy heavy articulated vehicles have access to the ports.

This disclosure is contained in a statement issued by NPA’s General Manager, Corporate and Strategic Communications, Mr Olaseni Alakija, on Saturday, June 3, 2021, in Lagos, according to the News Agency of Nigeria.

What the NPA is saying

Alakija said that the decision was reached after consultations with stakeholders, including the leadership of trucking groups doing business at the ports

He said, “This action by the authority, aimed at bringing to an end, incessant breakdown of trucks on the ports access corridor, is in furtherance to the understanding reached with the Lagos State Government.

It is a panacea in the enforcement of the “ETO” call-up system designed to facilitate smooth transit of bulk cargoes and container-carrying trucks going to the ports.

Henceforth, only trucks confirmed by the NPA to have met the MSS requirements and duly issued with an MSS certificate will continue to be active on the “ETO” platform managed by the system operator – Truck Transit Parks Limited (TTP).

Any truck or vehicle not confirmed or certified will be denied access to initiate bookings on the “ETO” platform until it has met all MSS requirements as stipulated by the NPA.’’

He advised owners of trucks yet to meet the MSS requirements to approach the NPA Safety Department at any of the two port locations in Lagos for guidance, adding that after certification of a truck, its details would be uploaded on “ETO” in order for it to continue doing business at the ports.

YOU MAY ALSO LIKE:   How Spotify Boss,Daniel Ek Is Upstaging Dangote Over Arsenal Take-Over Bids

Alakija noted that the MSS scheme was initiated after the signing of a memorandum of understanding between NPA and the Federal Road Safety Corps.

He pointed out that the scheme was initially introduced in 2017, but was suspended in order to give truck owners enough time to meet the required standards.

He said, “The scheme stipulates that all trucks doing business inside the port must go through a safety audit and be certified as fit-for-purpose. Absence or defect of certain vehicle parts and accessories will disqualify a truck from certification.

This is part of the efforts by the government to make the business around the ports safer, more environmentally friendly and help reduce gridlock due to broken-down trucks around that axis.

YOU MAY ALSO LIKE:   Breaking: Yoruba Nation Agitators Are Foolish - Rauf Aregebesola

In a related development, Nairametrics had earlier reported the collaboration between the NPA, the Lagos State Government and relevant security agencies in the full-scale clean-up operations at the two Lagos ports which will ensure the demolition and/or removal of abandoned vehicles, containers, machinery, equipment and illegal structures like shanties and kiosks.