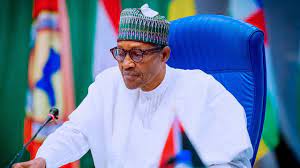 President Muhammadu Buhari will flag off the construction of the Kano -Kaduna rail project within the next 2 weeks.

The Publisher Nigeria learnt that the award of all contracts for the projects even though the loan for the project was not forthcoming from China as earlier planned.

This was disclosed by the Minister of Transportation, Rotimi Amaechi, on Friday in Abuja, while speaking at the weekly Presidential Media briefing organised by the State House Media Unit.

Amaechi revealed that the project would now be funded from the ministry’s budgetary allocation as the Federal Government would not continue to wait endlessly for the loan.

What the Minister of Transportation is saying

Amaechi said the Federal Government has already paid $218 million to the contractors, with an additional $100 million expected to be paid to them, making it $318 million.

The reason why we are commencing construction immediately is that all the necessary contracts have been awarded. We have been waiting for the loan for too long from China and the money has not come.

So, that should be able to take the project nearly halfway before the fund will come because if we continue to wait for the loan whether, from China or Europe, we may likely not complete it before we go,’’ he said.

The minister said the government had so far paid N13 billion for the Port Harcourt – Maiduguri rail project, while another N10 billion would soon be paid to speed up action on the project.

YOU MAY ALSO LIKE:   FG Rejects Tax Relief Applications From Flutterwave, Flour Mill, 8 others

If I get it to N50 billion, I am using the black-market rate. I don’t know what they pay at CBN. So, it will now be 2.9 billion dollars and no longer 3.020 billion dollars, and I will continue to do that until we finish the construction.’’

YOU MAY ALSO LIKE:   Why President Buhari Prefers To Have Medical Check-Up In UK

The Minister of Transportation, Rotimi Amaechi, had earlier disclosed that the Federal Government has committed about $280 million in the $1.2 billion Kaduna-Kano rail project which is a continuation of the already completed Abuja-Kaduna rail line.

The project is part of 4 new rail projects which the Federal Government recently announced it was starting as part of its efforts to improve the transport infrastructure across the country.

YOU MAY ALSO LIKE:   In Six Years Buhari's Regime Borrowed $2.02bn From China