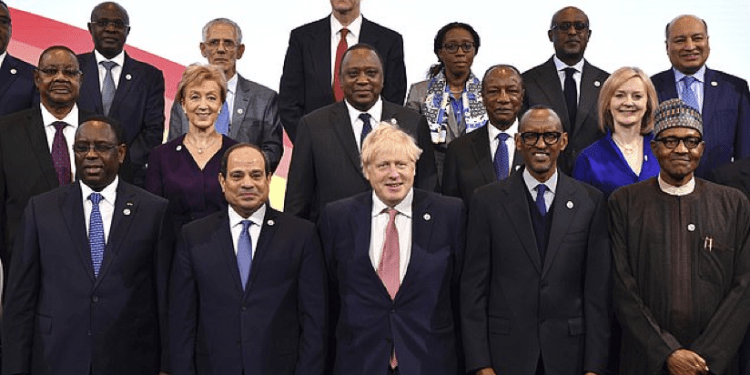 Nigeria abstained from signing a global tax deal signed by about 130 countries in the world.

Leading economies in the world agreed to force a global minimum corporate tax rate of 15% on multinationals in a landmark deal that was led by the Organisation for Economic Co-operation and Development (OECD). The negotiations were held in Paris, France.

The deal is targeted at big tech companies who often exploit tax loopholes and tax havens to avoid paying taxes. However, this deal is expected to generate about $100 billion in taxes annually.

Despite the immense benefits, Nigeria was among the eight countries that abstained from signing the pact. The others include Estonia, Hungary, Ireland, Barbados, Sri Lanka, St Vincent and Grenadines. Kenya joined Nigeria as the only other African country that abstained.

According to the statement from the Organisation for Economic Co-operation and Development (OECD) the framework is divided into two pillars. Pillar one is expected to ensure a fairer distribution of profits and taxing rights among countries.

Notably, pillar one would re-allocate some taxing rights over multinationals from their home countries to the markets where they have business activities and earn profits, regardless of whether firms have a physical presence there.

Under Pillar One, taxing rights on more than USD 100 billion of profit are expected to be reallocated to market jurisdictions each year.

YOU MAY ALSO LIKE:   Despite Sharia, brewery named biggest taxpayer in Kaduna

In a statement by the Secretary-General of OECD, Mathias Cormann he said, “After years of intense work and negotiations, this historic package will ensure that large multinational companies pay their fair share of tax everywhere,”

“This package does not eliminate tax competition, as it should not, but it does set multilaterally agreed limitations on it. It also accommodates the various interests across the negotiating table, including those of small economies and developing jurisdictions. It is in everyone’s interest that we reach a final agreement among all Inclusive Framework Members as scheduled later this year,” He said.

YOU MAY ALSO LIKE:   Breaking: China Arrests More Than 1,100 Over Cryptocurreny Money-laundering

The new framework was aimed at updating key elements in the oil international tax system, which is no longer fit for the new globalised and digitalized economy.

The new agreement is estimated to generate around USD 150 billion in additional global tax revenues annually. Additional benefits is also expected to arise from the stabilisation of the international tax system and the increased tax certainty for taxpayers and tax administrations.