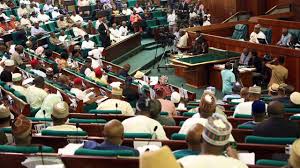 Joint House of Representatives Committee on Finance, Banking and Currency has said that Nigeria lost about $30 billion from 2005 to 2019 annually from revenue leakages. The Publisher reports.

The leakages were basically from activities of agencies and companies in banking, oil exploration, engineering, procurement, construction, installation, marine transportation, manufacturing and telecommunications.

According to the committee, the country has lost significant foreign exchange and revenue shortfall from the infractions.

Consequently, it grilled the management of two banks over several of the alleged infractions, accusing them of compromises.

He said: “The necessity and commencement of this investigation was as a result of growing problems in the financial management of all the God-given resources in our country, Nigeria;

“From our vast natural resources to the value added by these resources in the form of foreign exchange earnings and revenue generation, etc. into these investment environments and opportunities.

“Thus, this Committee deemed it imperative to investigate revenue leakages and loopholes in the system, that have contributed to a loss of over $30 billion dollars in annual federation tax revenue between 2005 and 2019.

“The investigation, therefore, was premised on the documents received from target agencies and companies in banking, oil exploration, engineering, procurement, construction, installation, marine transportations, manufacturing and telecommunications upon which the Committee noted significant foreign exchange and revenue shortfall infractions against the Federal Republic of Nigeria by these stakeholders.

“This places an imperative need to put an end to, or at best, minimise all attributable infractions that have been instruments in the hands of some stakeholders in bringing economic woes to this country and her people.

“During our documentation compilation and a further look at the economic woes caused the country by some companies, the Committee has noted the following major infractions which have multiplier effects on other infractions:

“Lifting of some crude oil and gas by oil exploration companies, that were not wholly and legally allocated to the Consignors in JV, PSC and PSA exploration activities including those whose crude oil Certificates of Quantity were not signed by the Department of Petroleum Resources and terminal operators;

“Concealment and non-disclosure of some crude oil liftings that ought to have been subjected to Petroleum Profit Taxation at PPT rates ranging between 50% of profit for PSC and PSA companies, and 85% of profit for JV companies;

“Inflow of foreign investments in the form of equity, foreign cash loans, equipment loans whose utilizations are majorly subject to tax, end up in transactions, foreign transfers that were at variance with the purpose of such inflows;

“Overnight and fictitious disappearance of Naira proceeds of foreign inflows from the bank accounts of Nigerian beneficiaries, and subsequent allocations of foreign exchange by CBN for Capital repatriations, Principal loan repayments and Interest payments;

“Loan backed Certificates of Capital Importations without evidence of transfer to the foreign lenders in the form of principal repayment and interest payments;

“Some expected imports that were funded by foreign equipment loans and other direct allocations of foreign exchange for foreign exchange valid transactions were neither translated to imports nor their import duties paid to the Nigerian Customs Service;

“Capital Flight using the Form ‘M’ valid for Forex and Forex obtained by the beneficiary companies without utilization of the Forex to reflate the economy and taxes paid.

“The Committee shall extensively review all of the above infractions among others, to ensure that all federally collectible revenues are not only identified and recovered, but also to sanction companies involved in the other non-civil infractions in order to serve as a deterrent to potential classmates of the affected companies.”

Interfacing with the representative of one of the two banks on the allegations, the committee accused the bank of not making remittances to the federation accounts from certain transactions.

It also picked holes in the presentation made by the representative of the second bank, Hassan Imam, saying there were many irregularities.

Faleke further stated that the committee discovered that one of the banks had Form A transfer by customers through their bank accounts that were not filed with the CBN and committee, with no evidence of withholding tax amounting to $3,107,398,073.

The committee also disagreed with the bank’s position on advertisement, saying it was a taxable item.

Faleke, therefore, directed the bank to make available all the receipts of various transactions, and directed the clerk of the committee to write to the Federal Inland Revenue Services, FIRS, to appear before it to confirm the remittances.