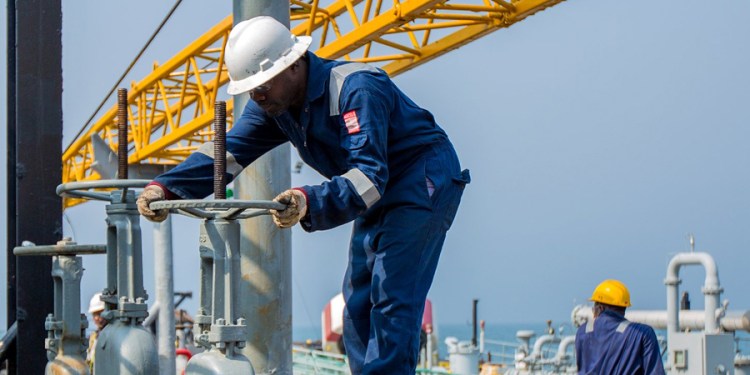 Talks of $100 oil have started resurfacing. Banks including JPMorgan, Goldman Sachs and Barclays have recently reiterated their long-term bull case for oil or have even increased their forecasts for prices.

Total also made a claim for $100 oil last week. Analysts have called Oil “the leader of the commodities surge.”

Those at Plot 33, Abubakar Tafawa Balewa Way, CBD, Abuja-Nigeria would feel excited about these forecasts as the country could do with some more inflow. A quick glance at the foreign reserves chart on the CBN website shows the declining trend in Nigeria’s foreign reserves.

Nigeria faced a terrible foreign currency crisis in 2020 as the fall in oil prices, global lockdown due to Covid-19 and a dearth in capital importation affected Nigeria’s foreign currency balances forcing multiple devaluations during the year and a wide disparity between the official and parallel market exchange rate.

The paradigm shift from a market with oversupply last year to a market of shortage has to be one of the highlights of oil in the last decade. India’s oil minister expressed his “deep concern on increasing crude oil prices and its impact on consumers as well as on smart recovery.” He further added, “that high crude prices are adding significant inflationary pressure on India.”

With the OPEC+ alliance meeting soon to decide on increasing output (which analysts believe they would), the oil rally might halt. With more oil in the market, higher prices would lose steam.

Countries like Nigeria can begin to increase their prices albeit with their compensation obligations still active. As seen on Tradingeconomics.com, Nigeria produced 1.344m barrels in May (lowest for the year). With more output, more dollars would flow into the economy.

The Demand for oil is now well on the road. Highway traffic is at pre-pandemic levels in the U.S., China and large parts of Europe. It also appears that flights have started picking up. According to Bloomberg, the number of passengers passing through security at U.S. airports surpassed 2 million a day for the first time since March 2020, while European air traffic has risen by one-third in the past month. The U.K has also increased the number of countries on its Green list.

Good news everywhere. So what is this supercycle?

According to Fortune500, a supercycle can be defined as a sustained spell of abnormally strong demand growth that producers struggle to match, sparking a rally in prices that can last years or in some cases a decade or more.

Financial Times puts it as “a disconnect between demand and supply, fuelling a lasting surge in prices, which are the basic conditions of a so-called supercycle.”

Saudi Arabia’s energy minister Prince Abdulaziz bin Salman recently warned against a “new super-cycle in global oil prices” caused by weak new investments in oil. Brent is up 43% so far this year. Although the Saudis would profit if oil continues to go up, the threat of U.S. production benefitting causes a dilemma.

The last supercycle was around 2002 when China entered a phase of roaring economic growth, fueled by a rollout of modern infrastructure and cities on an unprecedented scale. The demand for oil grew sporadically within that period as prices roared from $20 to $100. The market is experiencing a similar surge in demand and production is not following the same pace with a decline in inventories.

Nigeria would need more output to capture and benefit from these high prices. The fate of Nigeria’s supply increase would rely on what will happen at the monthly OPEC+ meeting. Tariq Zahir, managing member at Tyche Capital Advisors, advised that “Traders need to watch the OPEC+ meeting on July 1 to see if the group agrees on a production increase.

Until Nigeria can diversify its economy to depend less on oil revenue, we would still be observing supercycles and oil developments for forex respite.