Home Politics Anambra PDP Primary: Aide Reacts To ‘How Maduka Was Swindled Of $450,000’ 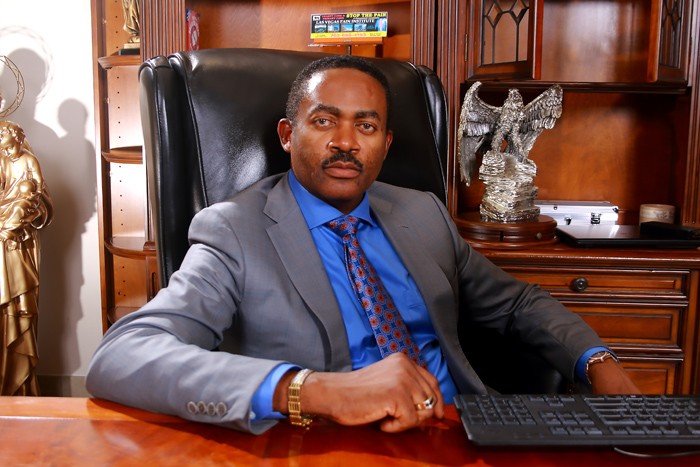 An aide of former PDP governorship aspirant in Anambra State, Dr. Godwin Maduka, has denied online media reports that Dr. Maduka was swindled of millions of dollars by his campaign officials during the PDP guber Primary election in Anambra State.Debunking the allegations on Sunday, Maduka’s Media Adviser, Alex Nwankwo told newsmen that the fake news was aimed at discrediting the aspiration of his principal at the just concluded PDP governorship primary.Mr. Nwankwo emphatically stated that his principal,Maduka who was a frontline governorship aspirant in the just concluded PDP governorship primary election, was falsely accused by propagandists and those afraid of his aspiration, who resorted to sponsoring fake news as the only weapon to tarnish his image and impugn on his integrity.He further stated that Dr. Maduka was never swindled of monies by any of his Campaign Officials for whatever reason.While expressing disappointment over the deceptive strategy adopted by opponents of Dr. Maduka to discredit him in the just concluded PDP guber primary elections,Mr. Nwankwo explained that perpetrators of the falsehood against his principal, will be brought to book after a thorough and proper investigation.He however stated that his Principal remains the chosen one to lead Anambra State, to salvage the State from bad governance and irresponsible leadership.He further noted that regardless of the outcome of the governorship Primary of the PDP, Dr. Maduka remains commiteed in contributing to the development of the State.He said said Dr. Maduka would have braced the tape of victory in the primary, if not the manner the delegates to the primary was changed four times even during the exercise.It was observed that only 290 delegates took part in the primary, after the party had disenfranchised over 3,000 delegates, as hoc and statutory delegates.Recall that Mr. Valentine Ozigbo, the immediate past President and Group CEO of Transcorp Plc, emerged as the winner of the Anambra State PDP governorship Primary election.

YOU MAY ALSO LIKE:   Breaking: Buhari Reveals What Will Happen In 2023 Elections

Breaking:Palace Breaks Silence On Rumoured Death Of Awujale Of Ijebuland