Home Business Why We Are Building A $13.4 Million Fertilizer Plant In Kaduna –... 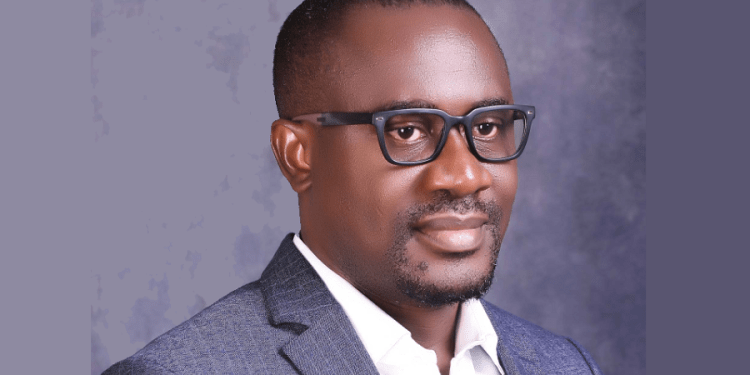 OCP Africa Fertilizers Nigeria Limited, a brainchild of OCP Africa SA, a subsidiary of the state-owned Moroccan company OCP Group, announced that the facility and equipment will produce various fertilizer blends customized to the needs of rice, maize, soybean, cassava, tomato, and other staple crops grown in Nigeria and also have the capacity to increase farmers’ yields by 50-85% per hectare.

“With the capacity to produce 120 metric tons per hour of these blends and store up to 10,000 metric tons, OCP Africa expects at least 75,000 of targeted smallholder farmers within the catchment area of the plant to benefit from the blending plant’s operations,” the company announced.

Caleb Usoh, Country Manager/Deputy Managing Director for the Nigerian subsidiary of OCP Africa disclosed to Nairametrics that OCP Africa’s Kaduna plant is estimated to gulp $13.4 million at completion with the facility producing at an estimated capacity of 120 metric tonnes per hour, also adding that OCP Africa recently signed a pact with the NSIA to aid the second phase of the Nigerian Presidential Fertilizer Initiative in Morocco. This $1.4 billion project is expected to utilize Nigerian gas and Moroccan phosphate to produce 750,000 tons of ammonia and one million tons of phosphate fertilizers annually by 2025.

On the current demand for fertilizers in the country

“For Nigeria and Africa to cater for its growing populations, there is a need to take farming much more seriously and smartly. There is now widespread awareness that the traditional method of farming will no longer sustain the growing population. There is an increasing demand for high quality and customized inputs including fertilizers,” Mr Usoh said.

“Nigeria with arable farmland of approximately 34 million hectares has the capacity to consume 5,000,000 metric tonnes of NPK fertilizer blends annually even at a modest application rate of 150kg per hectare.

YOU MAY ALSO LIKE:   Why Investors Are Choosing Ethereum Over Bitcoin

“The basic challenge today is that of creating significant retail and distribution structures across the country that will ensure easy and timely access to quality inputs by farmers in rural communities. This will further boost consumption and demand volumes,” he said.

On the cost of construction of Kaduna Plant

“The NPK blending plant in Kaduna is estimated to gulp $13.4 million at completion with the facilities producing at an estimated capacity of 120 metric tonnes per hour.

“In addition to the blending plant, we have provided for a centre of excellence where our partners and farmers will be trained on improved manufacturing and blending operations and good agricultural practices respectively,” Usoh said.

What makes the USAID-funded Trade Hub an ideal partner for this project?

“The West Africa Trade and Investment Hub and OCP Africa are very aligned on the goal of enabling the African farmer to be productive in agriculture to create sustainable wealth.

YOU MAY ALSO LIKE:   NRC To Start Sunday Operations On The Lagos-Ibadan Rail Line

“The African proverb that states that birds of same feathers nest together is very apt and reflected in this relationship. We are both focused on improving the living conditions of Africans through improved agricultural practices thus stamping hunger and poverty out of the continent.

“Trade Hub has a lot of experience working with smallholder farmers in Nigeria and Africa as a whole. OCP Africa will leverage on the experiences of the Trade Hub for better project delivery across the agricultural value chain,” he said.

He added that the grant from the Trade Hub will facilitate the speedy completion of the project, as the highly valuable fertilizer blends to be produced from the NPK blending plant in Kaduna will soon be available to thousands of farmers on a yearly basis throughout the lifecycle of the project.

“Construction works on the plants are at advanced stages, and we will be ready to support millions of smallholder farmers and even commercial farmers with these capacities which will be ready before the next rainfed farming season”

He disclosed that since OCP Africa Fertilizers Nigeria Limited was established in 2016, and commenced full operations in 2017, they have invested millions of dollars in smallholder farmers through chains of agricultural development projects such as OCP School Lab, Agribooster, Farm and Fortune Hubs, and a whole lot of Research and Development initiatives working with crop mandate institutions, government agencies and ministries, and other private organizations in agricultural development.

“OCP Africa is co-investing with NSIA to develop its basic chemical platform that will leverage on Nigeria’s abundant natural gas and the phosphoric acid supplies from OCP production facilities in Morocco to locally produce DAP that will cater for the phosphate raw material requirement of the numerous fertilizer blending plants in Nigeria,” Usoh added.

YOU MAY ALSO LIKE:   Ekiti PDP Bombs Olujimi, Says 'We Will Return To Power In 2022'

On competing in Nigeria’s fertilizer market with Dangote Industries

“The entrance of Dangote Group into the fertilizer industry is great news for Nigeria and Nigerian farmers.

“Aside from the fact that Nigeria will earn sizable FOREX from the activities of the plant, the Nigeria farming industry will have the supply of urea in abundance and this may also help in stabilizing the prices of urea in the Nigerian market.

“The fertilizer blending industry where our NPK plant in Kaduna is part of, depends on the availability of urea to supply the nitrogen requirements of its NPK blends.

“The blending industry will largely benefit from this investment from the Dangote Group. Also, it is instructive to note that the opportunities in agriculture in Africa are so enormous that the approach for companies here in Africa should rather be that of collaborating to expand the market by unlocking the opportunities and creating wealth for all,” he said.