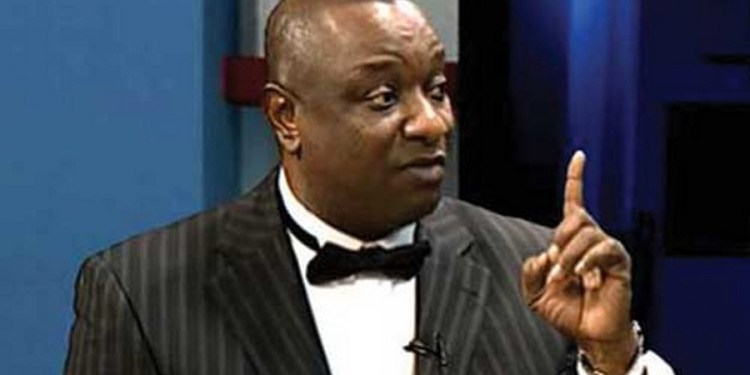 Minister of State for Labour and Employment, Festus Keyamo, has disclosed that the Federal Government, (FG) has paid the sum of N24.8 billion as stipends to 413,630 beneficiaries of its Special Public Works Programme.

The Publisher Nigeria learnt that the Minister disclosed this on Thursday in Abuja during the weekly briefing organised by the Presidential Communication Team, according to the News Agency of Nigeria.

What the Minister is saying:

“As at this morning people have started receiving their payment of N40,000 each; that is for those who have received N20,000 before but for those who had not received before and have finished their work, we are paying them N60,000 each.

This is surely going to reflate the economy because we have designed it in a way that all the Local Government Areas will benefit.

“It is going to boost the economy from the very bottom because the beneficiaries are going to add this money to their businesses.

“All of these people received N60,000 each and the total we have paid is N24,817,800, actual money given to Nigerians for them to cushion the effects of COVID-19 from the grassroots,” Keyamo said.

YOU MAY ALSO LIKE:   Attacks On Prisons: FG Issues Fresh Shoot-At-Sight Order

The Minister, however, said the entire targeted 774,000 beneficiaries may not be achieved because of the peculiarities of the screening process.

YOU MAY ALSO LIKE:   FG Says It Will Take Possession Of The Returned Looted Benin Bronzes