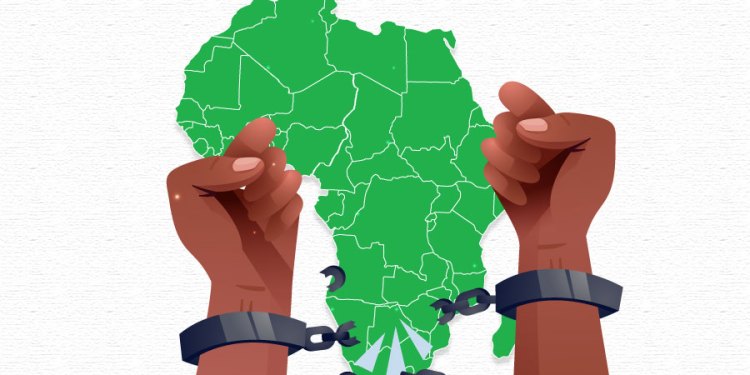 President Biden has signed into law “Juneteenth” making June 19th a Federal Holiday in the US. This is a symbolic acknowledgement, again, of the end of slavery and the emancipation of enslaved people in America.

Slavery is about economics, not racism

Make no mistake, slavery is about economics. Labour is a key factor of production. If a nation has more labour to perform the business of agriculture or mining then that nation can produce more food, trade that food, and become wealthy. Slavery was a way to raise the productivity of a nation or business by eliminating the cost of labour. Slaves did not need pension schemes or medical benefits, they were not depreciated and had no paid holidays.

Take Apartheid South Africa for instance, Gold and Diamonds were discovered but were found in very deep seams in the earth that required manpower to extract them. Thus, investing in a mine, extracting the gold at a high cost, and selling at an economically viable price was only possible by eliminating the cost of labour. The British mine owners created a two-tier wage system where White mineworkers became managers and earned more than black workers who were designated as labourers and earned less.

In the 1920s the price of gold dropped, reducing margins in South African mines. The owners of the gold mines tried to cut costs by hiring more lower-paid black miners as managers. In response, the white miners rebelled and took up arms in what became the “Rand Rebellion.” This rebellion was only put down by the South African government deploying airforce bombers and 20,000 troops. Deeply spooked, the new government of South Africa passed the Mines and Works Amendment Act 1926, which cemented the colour divisions and recognized white miners as superior to blacks, the seeds of Apartheid were sown.

America is in an economic apartheid system

Having been proclaimed as freed, the civil rights struggle in America during the 1960s with Dr Martin Luther King won for the African Americans, the political rights to vote and not to be discriminated against based on their colour. This is good but discrimination today is not overt, no US bank will reject a mortgage application because the applicant is African American, but that bank will reject an application because of low credit scores… this credit hurdle rate has kept many blacks in America in poverty.

According to Mckinsey & Co, the global consulting superpower, “the median annual wage for black workers is approximately 30% or $10,000 lower than White workers. Blacks also make up 12.9% of the population but only 9.6% of total US wages.” McKinsey estimates a “$220 billion annual disparity between black wages today and what they would be in a scenario of full parity. If this parity was closed, it would boost total black wages by 30% and draw approximately 1 million blacks into employment.”

The US Federal Reserves Boards Survey of Consumer Finances (SCF) is conducted every three years and explores finances for specific groups and specific demographic. As of 2019, quoting the Fed:

Less income earned by black families means they cannot buy or own an asset like homes. Home equity (net of home value less mortgage) is the most important asset. According to the Federal Reserve Bank of New York, at $15 trillion, homes are 16% of total US household wealth, White households have a 73.1% homeownership rate as compared to 40.6% for blacks. See Diagram 1.

YOU MAY ALSO LIKE:   Shell Confirms Another Oil Spillage At An Oil Field In Bayelsa State 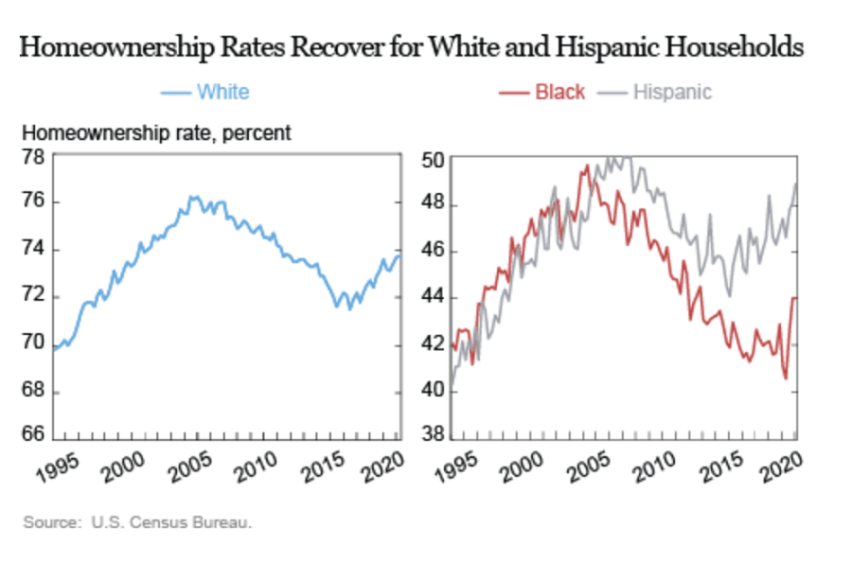 The real tragedy of the end of the slave trade in the West was a no man’s land where blacks were nominally free, without a price on their heads literally but without the means legally or otherwise to buy into the American dream, buy a home, with government-subsidized loans, get credit or start a business. Thus, whilst slavery has ended, economic slavery has not.

How do we fix economic slavery?

Economic slavery cannot be fixed by small measures like banning redlining (refuse a loan or insurance to someone because they live in an area deemed to be a poor financial risk) but by big bold colour-aware spending. Just like the Marshal Plan when the US invested in a bankrupt and credit damaged Europe by offering long term cheap loan to enable them to rebuild, similarly, the US and the West must invest in credit damaged minorities in the US who were denied the privilege of accumulating and transferring wealth from generation to generation. The US has many options in this regard. It can eliminate the need for credit scores and down payment to purchase a home and eliminate Capital Gains if a home is sold to a minority. This adds nothing to the US deficit or debt. The US can also go further and make direct payments of up to 75% of the cost of new homes being bought by minorities, this not only closes the homeownership and wealth gap but also creates jobs for all Americans.

YOU MAY ALSO LIKE:   Bishop Kaigama Explodes Says, 'Mbaka’s Dabble Into Politics Violates His Oath'

The African continent is the world’s last refuge for poverty. It is commonplace to blame the Africans themselves for wars and corruption but this is a continent that started to be politically independent by the 1960 but has remained largely under economic slavery. France, for instance, since the 1960s has required her former African colonies to hold their reserves in Paris.

Debt has been a weight on the African nations, forced to import goods by using the US dollars and borrowing in foreign currencies as well, thus being exposed to imported inflation and man-made poverty via devaluations of the local currency. The US government passed the African Growth and Opportunities Act (AGOA), but African firms can’t take advantage of the large American markets because of huge infrastructure deficits. While nations like Ethiopia are bridging these gaps with dedicated clusters for exports to the West, Ethiopia alone owes $24 billion (See Table 1) in external loans priced in UD  Dollars, requiring servicing in USD. For the African continent, it estimated $417 billion is collectively owed as of 2018 before COVID destroyed the revenue streams of these nations.

Economic slavery ends when for a start, these debt obligations, especially the negative capitalized interest (charging late payments and interest fee back to the loan principal) are simply removed.

It took the visual of George Flloyd dying on a street to ignite the calls for racial justice in America, but while symbols and hashtags serve a purpose, they cannot create wealth. The real justice comes when the wealth gap represented by past unpaid labour endured by the ancestors of the black community today is closed. Homeownership and debt cancellation just cost money, and America spends more on nuclear-powered Aegies Carrier battle groups.

So the June 19th holiday like Dr Martin said, is a down payment, the time, however, is right for America to do bigger things.

There can be no real freedom until there is economic freedom.