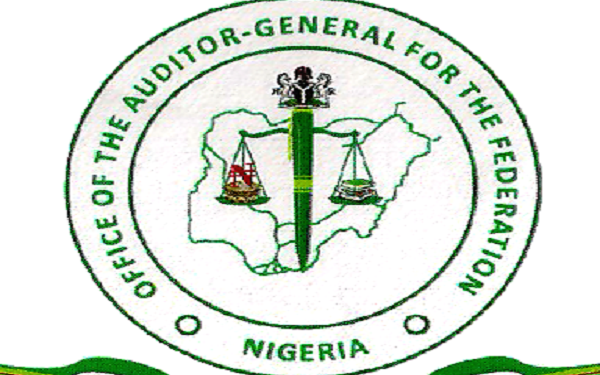 The Auditor General of the Federation has queried alleged unsubstantiated transfer of N3.627 trillion from government coffers to entities to fund recurrent expenditure in the 2018 financial year.

He also said the Consolidated Revenue Fund was overdrawn to the tune N2.483 trillion in total disregard of Financial Regulation (FR) 710.

Financial Regulation (FR) 710 stipulates that “No government bank account shall be overdrawn or any temporary advance obtained from a bank. In the event of an account being overdrawn, the Officer Responsible shall be made to refund any bank charges incurred thereon.”

Besides, the AuGF in his report submitted to the National Assembly queried the funding of government investments in non-existent or moribund companies to the tune of N84.702 billion, adding that there was no evidence supporting investment of government in the companies.

The part two report with reference number GF/AR.2018/VOL.II/02 of 25th March, 2021 was signed by the Auditor General of the Federation, Adolphus A. Aghughu and addressed to the Clerk to the National Assembly.

“The audit is unable to validate the correctness or otherwise of the difference under reference,” the AuGF said.

The report said further that about 103 MDAs exceeded their Personnel Cost Budget by ₦641.757 billion in 2018 while another 115 MDAs had zero Personnel Cost even though there was Budget allocation for them.

It queried the sources of extra funds for salaries and wages to the 103 MDAs and why there was zero personnel budget for the 115 MDAs even though the MDAs under reference had annual budgets approved for them.

It expressed concern about the completeness and accuracy of the consolidated figures with respect to salaries and wages, adding that “the above anomalies could be attributed to absence of strong quality assurance around the consolidation process at the Office of the Accountant-General of the Federation.

The risk to government resources, it said, is the fact that the consolidated financial statements may have been misstated while there may have been unauthorised virement instead of seeking approval of the National Assembly.

It put the total amount of GIFMIS finalised payments for randomly selected 99 MDAs at ₦536.050 billion and the consolidated salaries and wages at ₦532.352 billion, leading to an understatement of ₦3,698 billion.

The report said there was no further information to enable the audit to verify the understatement.

It attributed the discrepancy to “weaknesses in the internal control systems around the consolidation process at the Office of the Accountant-General of the Federation”.

The audit report disclosed that there were certain irregularities in the disclosure of aids and grants to MDAs to the tune of ₦219.562 billion, which it said was in contravention of Auditor-General for the Federation’s recommendation in 2017 report that ‘Aid and Grants’ should be disclosed in a recommended format.

It said “as a result of the above violation, the sum of ₦219.562 billion shown as Aid & Grants could not be validated, and there was ‘Foreign Grants’ of ₦4,200.00 (Four thousand two hundred naira) as well as ‘Domestic Grant’ of ₦17,100.00 (Seventeen thousand one hundred naira) totaling ₦21,300.00 in favour of Federal Ministry of Foreign Affairs.

“Audit is concerned as to what amount in foreign currency was donated to the extent that its naira equivalent was ₦4,200.00. The donor was not disclosed to enable audit follow up with circularization”.

It said this makes accountability difficult and could cast doubt on the existence and accuracy of reported figures.

On doubtful government investments in NITEL and other Moribund companies, the report said  about N84.702 billion was invested in companies whose going concern and continue existence are in doubt, adding that “efforts by the audit to verify the investment in NITEL yielded no result as the Agency in question had been liquidated.

“Continued recognition of these investments without fully disclosing their impairment status in the Consolidated Financial Statements as required by the above IPSAS cast doubt as to their accuracy and existence.

“Audit therefore concludes that since there is no evidence that supports government investment in NITEL and other companies, it is more likely that these investments may have been impaired,” it said.

The Auditor General’s report also stated that some government agencies embarked upon overhead expenditure without appropriation while some others carried out unapproved virement to fund their overheads.

It said about 14 MDAs incurred overhead expenditure totaling N162.924 billion without appropriation in total disregard to the 1999 constitution as amended, leading to possible misappropriation of funds.