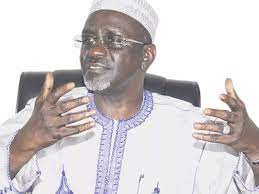 A former Governor of Kano State, Ibrahim Shekarau, has urged the All Progressives Congress to field a southerner as its presidential candidate in 2023.

Shekarau, who is now a serving senator, made the call in an interview with the British Broadcasting Corporation Hausa Service, in Kano on Wednesday.

According to him, a political power shift is necessary for all Nigerians to have a sense of belonging.

He said violating such an arrangement would further divide Nigerians, adding that some would feel neglected or rejected.

The senator said, “This is also the same with rotating the presidency between the North and the South. If we ignore power shifts, we are not being fair to ourselves and we are not fair to history. In my opinion, a power shift is necessary for all Nigerians to have a sense of belonging.”

He, however, noted that although rotational presidency was not written in the APC’s constitution, he believed it was desirable for justice and fairness.

“You see, the North alone cannot produce enough votes for the president. Likewise the South; it is only when we come together. My belief is not only geopolitical regions, there is no state in the federation that does not have a competent person to lead this country.