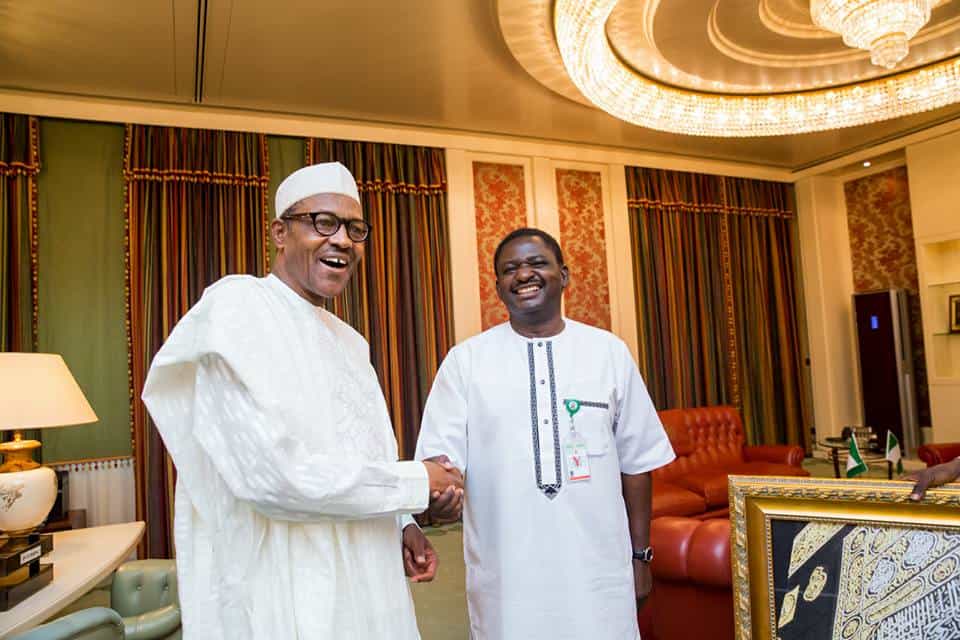 President Muhammadu Buhari’s spokesperson, Femi Adesina, has stated that the present administration will overcome its current challenges and restore peace and security.

In an article published on Thursday, and titled “Lessons for Nigeria from EPL”, the presidential spokesperson compared the present situation of Nigeria to the buildup to Manchester City winning the 2020/21 English Premier League (EPL).

He stated that some people, who know what Buhari can achieve, have been working to sabotage the current administration’s efforts.

Femi Adesina said: “Recall what happened in the 2019/2020 season. Man City was eyeing a treble. Three back-to-back seasons as champions, and a record in English football. But the adversaries knew the record that was to be set, so they arrayed themselves against the team.

“Just as some forces knew the record that was to be achieved by Muhammadu Buhari as Nigerian President, and which he had begun to show since 2015 when he got into office, and they positioned themselves against the government.

“Every team, big or small, strong or weak, set its sights on Man City last season, flexed muscles, summoned superhuman skills and strength whenever they were meeting the champions attempting a treble.

YOU MAY ALSO LIKE:   Garba Shehu: Nobody Can Bring Down Buhari’s Government

“The lesson? When you are high-flying, the centrifugal forces will come against you, and it would only take the grace of God for you to attain.

“Yoruba people call those forces Aiye. When Aiye is on your case, as it was against Man City, and it is against the Buhari government, you need God, and God alone. Aiye (meaning ‘the world,’ if freely translated) is the negative part of mankind. The pernicious, baleful, sly and scheming part of humanity. If Aiye gets on your matter, you need God and God alone.”

Adesina linked the security situation of the country with the stumble that Manchester City had at the beginning of the season, adding that like Man City, “under President Buhari, peace and security would be restored”.

YOU MAY ALSO LIKE:   Odumakin: Buhari Mourns His Former Spokesperson

“Aiye was in full force against it. And the 2020/2021 season was initially not looking promising either. Eight weeks gone, the team was placed 13th on the table. It had lost 2-5 to Leicester City at home in Etihad Stadium, Tottenham drubbed it by two goals, played a draw with teams that couldn’t hold a candle to it in the past, and was generally forlorn and limp. Aiye was having a ball, laughing Man City to scorn. Aren’t they doing the same thing against the government in our country today, due to unrelenting security challenges, some of them possibly instigated by Aiye themselves?” he wrote.

“Victory came after victory, to the extent that the team was unbeaten in 21 consecutive games in the different competitions it was involved in. From the ashes, the Salamander had risen. Fire could not consume it, and today, Man City are champions, fifth time in 10 years.

“Who says Nigeria will not rise from its current travails? Who says Aiye will always win? Not where God is involved. And God is involved with Nigeria, our own dear native land. Under President Buhari, peace and security would be restored. The economy would rebound. Life would be abundant for the people , and Aiye would be left standing small, holding the rump of the flag of a country it thought had gone into oblivion.”

YOU MAY ALSO LIKE:   Breaking: First Bank loses N13.2 billion to bad loans in Q1