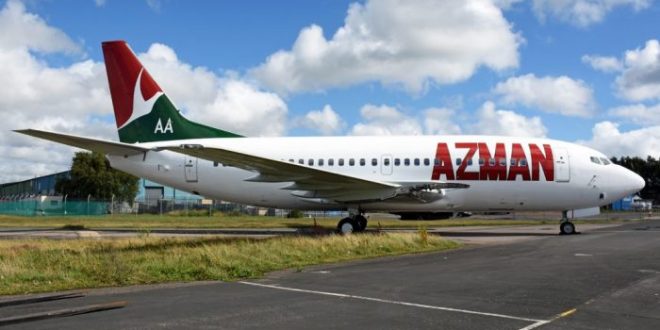 Thepublisherngr.com reports that Nigerian Civil Aviation Authority (NCAA) has lifted the suspension placed on Azman Air since March 15, 2021, over safety-related issues after the airline complied with its recommendations and carried out a Corrective Action Plan (CAP) effectively.

The airline disclosed this on its social media handles on May 1.

The development was also confirmed by a top official of the NCAA.

Azman Air, in the tweet, stated it was back to operations and would be releasing its operational schedule soon, urging its clients to prepare for scheduled rollout.

According to the airline: ”In this regards, having satisfactorily undergone the safety audit implemented the Corrective Action Plan as recommended by the Regulatory body, we are pleased to inform the general public that the suspension is hereby lifted. This was confirmed in a meeting held between the management of Azman Air and NCAA today May 1, 2021.

“The underlying purpose of this journey is safety and we can assure the general public that it is the beginning of a new experience as we remain committed to raising the standard when it comes to the safety of the crew, equipment and passengers.”

In a recent interview, Director General of the NCAA, Captain Nuhu Musa said Azman Air was responding to the corrective action plan that followed the regulators’ audit, stressing the airline would come out better for it and the NCAA too has learnt from the incident and would improve on all perceived deficiencies.

YOU MAY ALSO LIKE:   US Stock Futures Rally Amid President Biden Tax Reform