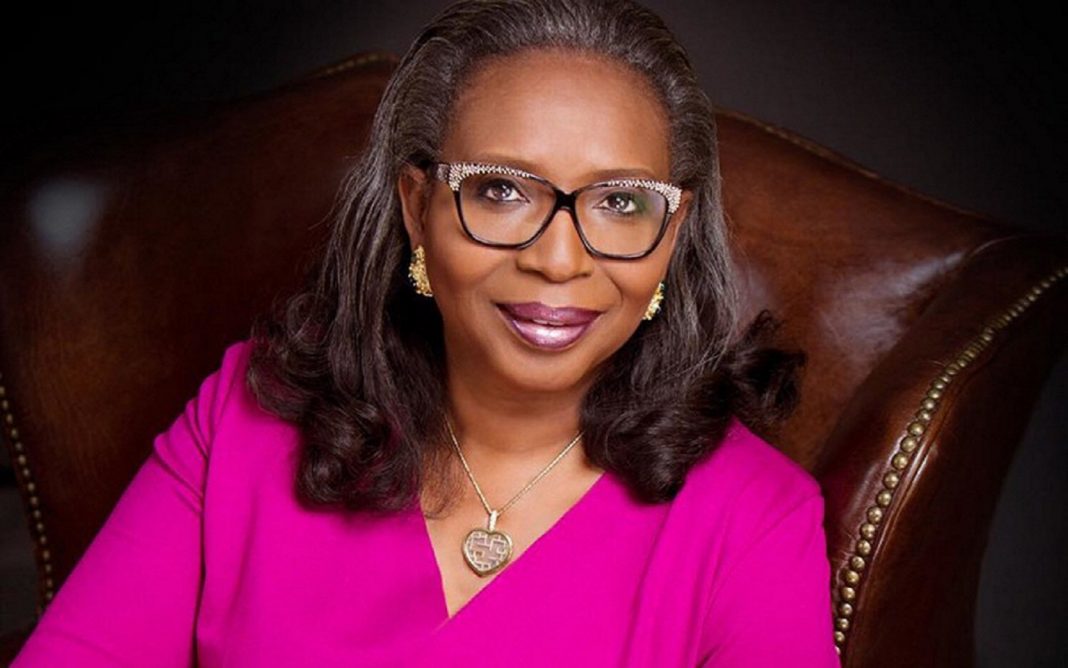 The immediate past Chairman of First Bank of Nigeria Ltd, Mrs Ibukun Awosika, has reacted to the sack of the board of directors of the bank by the Central Bank of Nigeria (CBN) over bad loans, corporate governance issues and others.

She insisted that the board acted in the best interest of the bank in its decisions adding that they had great plans and aspirations for where the bank could go in the near future, building on all the work that had already been done in the over 5 years since she became Chairman of the bank.

The reaction is contained in a statement issued by Awosika on her Instagram page on Friday, April 30, 2021.

While going through her sojourn on the board of First Bank and its subsidiaries, Awosika said, “I have always acted in honour and integrity with the utmost interest of the institution, all our stakeholders and the Nation.”

The statement from Awosika reads, “In October 2010, I was appointed to join the board of First Bank of Nigeria.

A few months later, I was appointed to chair the board of its startup FBN Life Insurance Limited (a joint venture with Sanlam of South Africa). As its pioneer Chairman, I had the privilege of working with a strong management team led by Val Ojumah.

Together with the rest of our team, we built a company that became profitable in twenty-four months and continues to be so.

In early 2013, I was moved from FBN Life Insurance Ltd, to assume the chairmanship of FBN Capital working with a brilliant team led by Kayode Akinkugbe as the Managing Director.

We worked hard to build the institution, bought Kakawa Discount House which I was again asked by the Group to Chair. We eventually merged the companies to create the FBN quest Merchant Bank Group, which I chaired until my appointment as Chairman of First Bank of Nigeria on January 1st 2016.

For over five years, I have worked with a dedicated team of board and management, with the support of  Central Bank of Nigeria to rebuild and restructure the institution for its future. This included cleaning up non-performing loans, establishing good operational governance systems and processes, building controls and an effective and robust risk management system.

I am confident we have brought First Bank of Nigeria to a place where it is more than able to deliver utmost value to its stakeholders and the nation at large.

As a board, we acted in what we clearly believed to be in the best interest of the bank and we had great plans and aspirations for where the bank could go in its future, building on all the work that has already been done in the last five plus years.

Without a shadow of doubt, I will unequivocally state that I have always acted in honour and integrity with the utmost interest of the institution, all our stakeholders and the Nation.”

CityNews Nigeria recalls that 2 days ago, the CBN Governor, Godwin Emefiele, in a televised broadcast, announced the sack of the entire board of directors of FBN Holdings Plc and its subsidiary First Bank of Nigeria Ltd, citing insider abuse, insider credit and breakdown of corporate governance as the reason behind the action.

The CBN subsequently reinstated the removed Managing Director of the bank, Dr Sola Adeduntan, who was eased out by the board before the end of his tenure and without consultation with the apex bank.