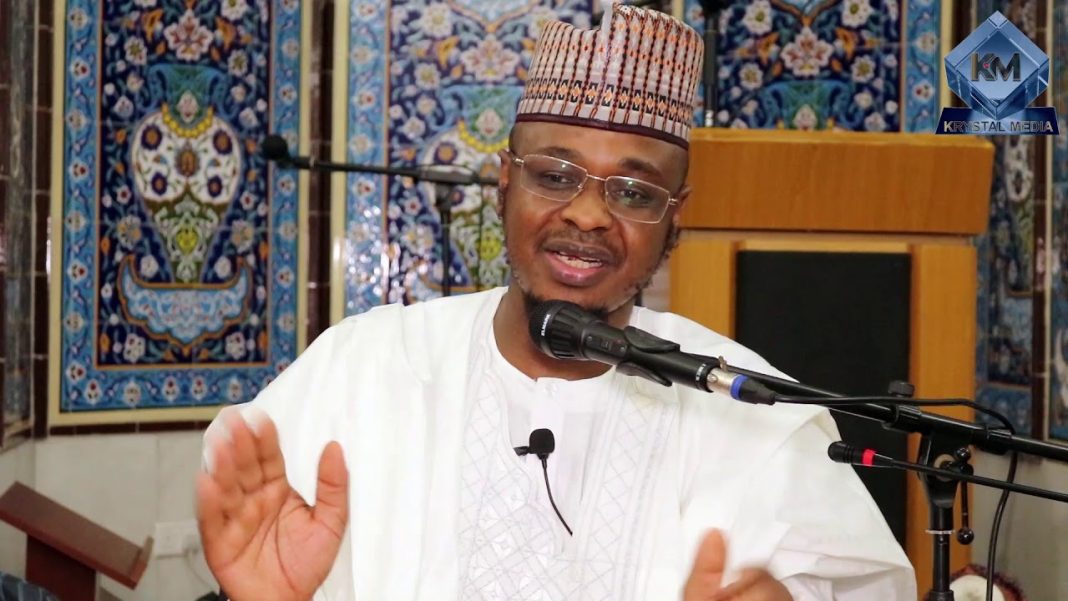 A group of persons who identified themselves as members of the “forum of bishops and clergy council society of Nigeria” has held a solidarity rally for Isa Pantami, minister of communications and digital economy.

In the past weeks, there have been calls for President Muhammadu Buhari to sack Pantami over his past views supporting Al-Qaeda and the Taliban.

The calls for Pantami’s sack came after some videos from the 2000s resurfaced in the public space wherein the minister was seen supporting Al-Qaeda and the Taliban.

YOU MAY ALSO LIKE:   BREAKING: Edo shuts MOC, LOC offices

But the minister said he has recanted his past views on the terror groups, saying his position at the time was based on his understanding as a young person.

Amid the heightened calls for the sack of Pantami, pictures showing the group holding a solidarity march for the minister appeared on social media, on Tuesday.

YOU MAY ALSO LIKE:   Breaking: Lagos Plans Fresh Ban On Okada, Keke

In the now-viral pictures, the unknown group was seen with a large banner with the inscription: “Solidarity & Peace Rally in Support of President Muhammadu Buhari ICT Reform: Vote of Confidence on Dr. Ali Isa Pantami”. 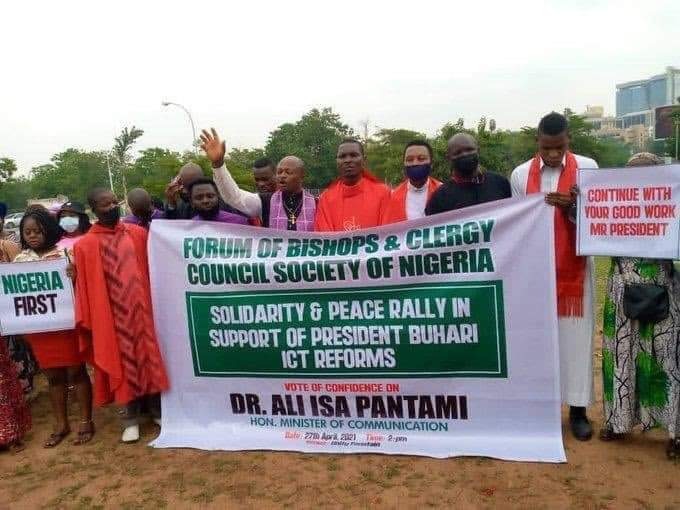 Some members of the group were also seen carrying placards with inscriptions such as “Continue with your Good Work, Mr. President”, “Our Unity is above Religion, Politics, and Tribe”, “Vote of Confidence on Dr. Isa Pantami”, “Nigeria First”, “The Unity of Nigeria is Mon-negotiable” and “Dr. Isa Pantami Vindicated at Last”.

YOU MAY ALSO LIKE:   President Buhari Prays Against Another Civil War In Nigeria