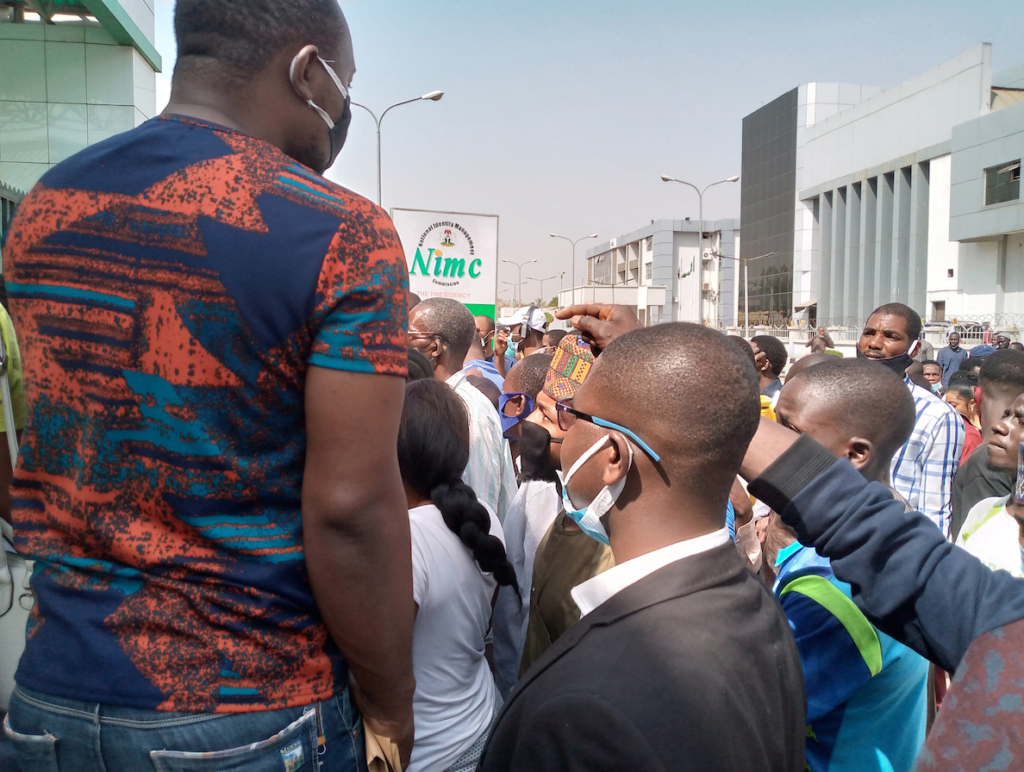 The launch was performed by Minister of Communications and Digital Economy, Dr. Isa Pantami, through the Director-General/Chief Executive Officer of NIMC, Engr. Aliyu A. Aziz.

YOU MAY ALSO LIKE:   Breaking: President Biden Declares Support For Okonjo-Iweala To Lead WTO

The NIMC App offers a secure channel for Nigerians and legal residents to verify and authenticate their identities using their smartphones on-the-go, Adegoke explained in a statement.

He said: “As an integral part of Nigeria’s digitization process spearheaded by Minister of Communications and Digital Economy, the App offers a built-in harmonisation process that allows for its use across other government services including FIRS, FRSC, NHIS, NPF, and NCC to mention a few.

YOU MAY ALSO LIKE:   BREAKING: More Protesters Storm Lekki Tollgate

“On the other hand, the new improved NIN slip is pocket friendly and easy to verify and can be accessed via a self-service Portal, where persons who already have been issued the NIN, can log in, pay a small token fee, download a PDF of the document in color (if preferred) print and laminate as desired.

YOU MAY ALSO LIKE:   BREAKING: Ogun State Rejects Sunday Ighoho And Secessionist Moves

“The current NIN Slip will remain valid and gradually phased out.

“The NIMC App is available on the App Store for IOS users and Google Play store for Android users. The improved NIN Slip can also be downloaded via https://dashboard.nimc.gov.ng.”