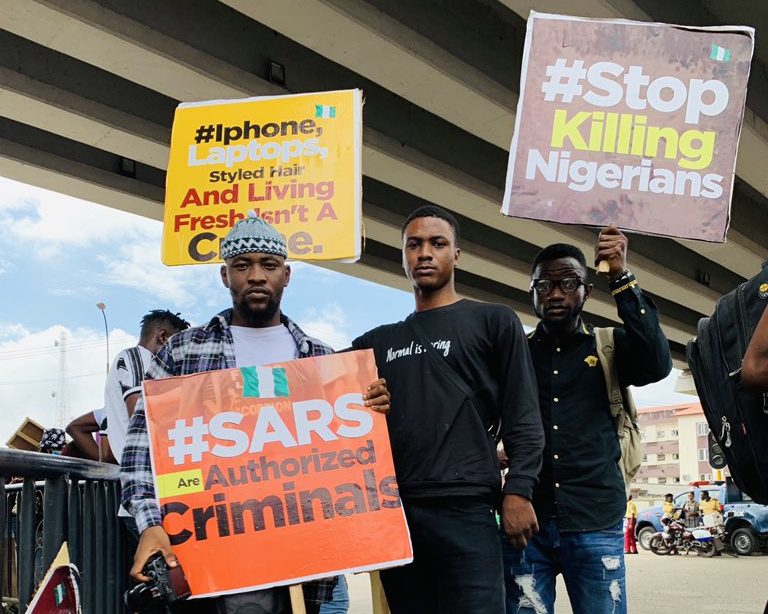 #EndSARS’ demonstrations in Nigeria, student protests in South Africa or clashes in Ethiopia that lead to damages, disturbances and ultimately losses are now among the main political risk exposure for companies.

This will be worsened by the ongoing impact of the COVID-19 pandemic likely to drive further activity, according to the latest issue of Global Risk Dialogue from Allianz Global Corporate & Specialty (AGCS).

“Fortunately, large-scale terrorism events have declined drastically in the last five years. However, the number, scale and duration of riots and protests in the last two years is staggering, and we have seen businesses suffering significant losses,” notes Bjoern Reusswig, head of Global Political Violence and Hostile Environment Solutions at AGCS.

“Civil unrest has soared, driven by protests on issues ranging from economic hardship to police brutality, which have affected citizens around the world. And the impact of the COVID-19 pandemic is making things worse – with little sign of an end to the economic downturn in sight, the number of protests is likely to continue climbing,” Reusswig states further.

Civil unrest as a key business risk causes physical damage, business interruption or loss of revenues, and incidents are becoming a more significant risk for companies in the current environment, as reflected in the findings of the Allianz Risk Barometer 2021. In the annual global risk survey, ‘political risks and violence’ returned to the top 10 risks for the first time since 2018. This risk trend is supported by recent research findings that predict the ranks of global protesters to swell over the next two years.

Verisk Maplecroft, a research firm that specialises in global risk analytics, expects 75 countries to experience an increase in protests by late 2022. Of these, more than 30 largely in Europe and the Americas – will likely see significant activity.

Political violence also caused significant insurance claims in 2020. While the protests, following the death of George Floyd at the hands of the Minneapolis police, which occurred in 140 US cities over the Spring, were mostly peaceful, the arson, vandalism and looting that did occur will cost the insurance industry at least $1 billion to $2 billion in claims, according to Axios.

Businesses do not have to be direct victims of civil unrest to suffer financial losses. Revenues can suffer if the surrounding area is cordoned off for a prolonged time or while infrastructure is repaired to allow re-entry of customers, vendors and suppliers.

For example, during the “yellow vest” demonstrations, shops along the Champs-Élysées in Paris were looted and heavily damaged, which drove customers away. After only a few weeks of demonstrations, the French retail federation reported that retailers nationally had lost $1.1 billion in revenue.

The COVID-19 pandemic is a key driver behind the rise of civil unrest as it has both magnified underlying long-standing grievances and given them a focal point. The pandemic has negatively affected political stability, increasing polarisation and bringing into sharp relief issues surrounding equality, worsening labour conditions and civil rights.

“Unfortunately, the risk of riots and violence is likely to become more acute because of COVID-19,” says Michael Stone, a risk consultant for AGCSNorth America. “The measures governments have used to combat the coronavirus have had a significant socioeconomic impact and frustration is growing in large population segments. The impact is particularly evident in the US, where the social safety net is not as comprehensive as elsewhere. People are concerned. Job, health and income security are all gone. They’re more likely to demonstrate and have a shorter fuse, so it isn’t surprising that anti-lockdown demonstrations can turn violent.”

The fact that the pandemic has enabled conspiracy theories to flourish among sections of population also prepares the ground for future turbulence – and even physical damage in some cases, according to Reusswig. One theory that baselessly links 5G technology with the coronavirus resulted in a series of arson attacks on cell phone towers in South Africa, Nigeria, the UK and other European countries.

“Previously, this coverage was seen as a ‘nice to have’ for clients and ‘nothing to be overly concerned about’ by insurers. However, this has changed since 2018, as both the frequency and severity of these events has increased significantly. We see growing interest and demand for political violence covers from companies,” says Reusswig.