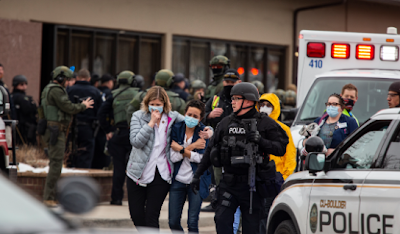 Ten people, including a police officer, have been killed after a gunman opened fire in a grocery store in Boulder, Colorado, shattering the calm for another US community.

A suspect is in custody, Boulder Police Chief Maris Herold said, but authorities did not share any information on his identity, the type of weapon used or any possible motive.

YOU MAY ALSO LIKE:   Attacks On Prisons: FG Issues Fresh Shoot-At-Sight Order

“We will work around the clock to get this accomplished,” she said, adding that such a complex investigation will take at least five days to complete.

The fatal shooting at the King Soopers store comes less than a week after shooting attacks at three spas in the Atlanta area left eight people dead.