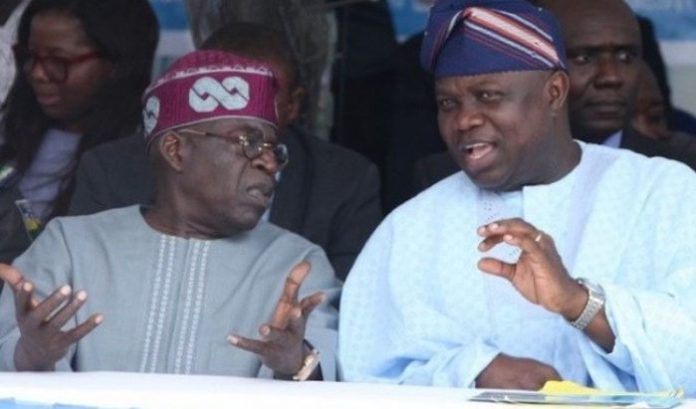 At a ceremony to commission a flyover bridge at Pen Cinema, which was begun by Ambode’s administration, Tinubu said the ship of state, under Ambode, was heading in the wrong direction.

The ship had to be steadied, he said, leading to the decision by political leaders to bring Governor Babajide Sanwo-Olu and Obafemi Hamzat, on board.

According to Tinubu, though there was scepticism about the Sanwo-Olu and Hamzat, they have not disappointed.

And this was despite the setbacks of COVID-19, with the accompanying lockdown and the EndSARS protest last October.

In the fading hours of the protest, many state assets and police stations were burnt.

But Tinubu said he and other leaders are proud that the Sanwo-Olu team is now steering the state in the right direction.

He commended the Lagos cabinet for its various achievements and called the team “great performers and doers”.

The Pen Cinema Bridge, a dual carriageway, named after Bola Tinubu, is designed to free the traffic logjam in the area.