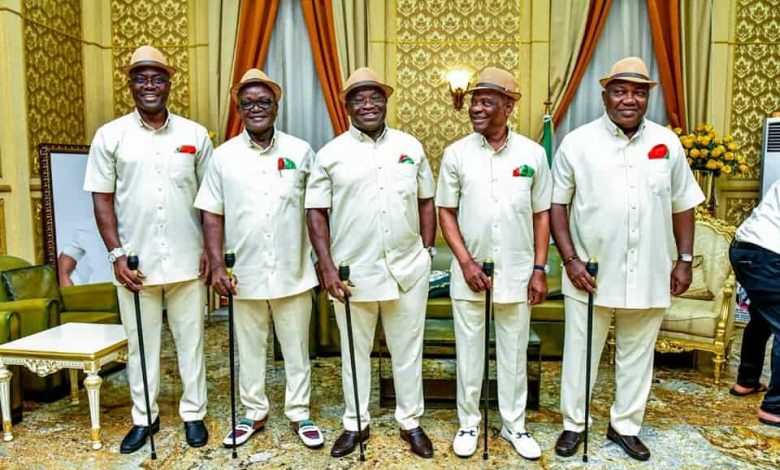 The aggrieved governors elected on the platform of the Peoples Democratic Party (PDP), better known as G5, are currently enmeshed in a crisis over its choice of a presidential candidate.

After the marathon strategic meetings in London with the opposition, the face of the G5, Governor Nyesom Wike of Rivers State, “angrily” departed the United Kingdom (UK) for Madrid, Spain, to watch Real Madrid match this weekend.

This newspaper learned that Ikpeazu and Ortom suggested that they remain neutral as supporting any other candidate except their party’s candidate will spell doom for them in PDP.

Recall that Messrs Ikpeazu and Ortom are the Abia South Senatorial district and Benue North-West Senatorial candidates respectively of the PDP. A suspension or expulsion for anti-party activities will ruin their tickets in respect of the 2023 election.

A reliable source revealed that while it was true that Makinde and Wike shared the same view that they should support the presidential candidate of the All Progressives Congress (APC), Bola Ahmed Tinubu; Ikpeazu and Ortom differed.

Ortom, Ikpeazu and Ugwuanyi are contesting senatorial elections in their respective states, whereas Wike has no immediate political interest except for his associates in Rivers state.