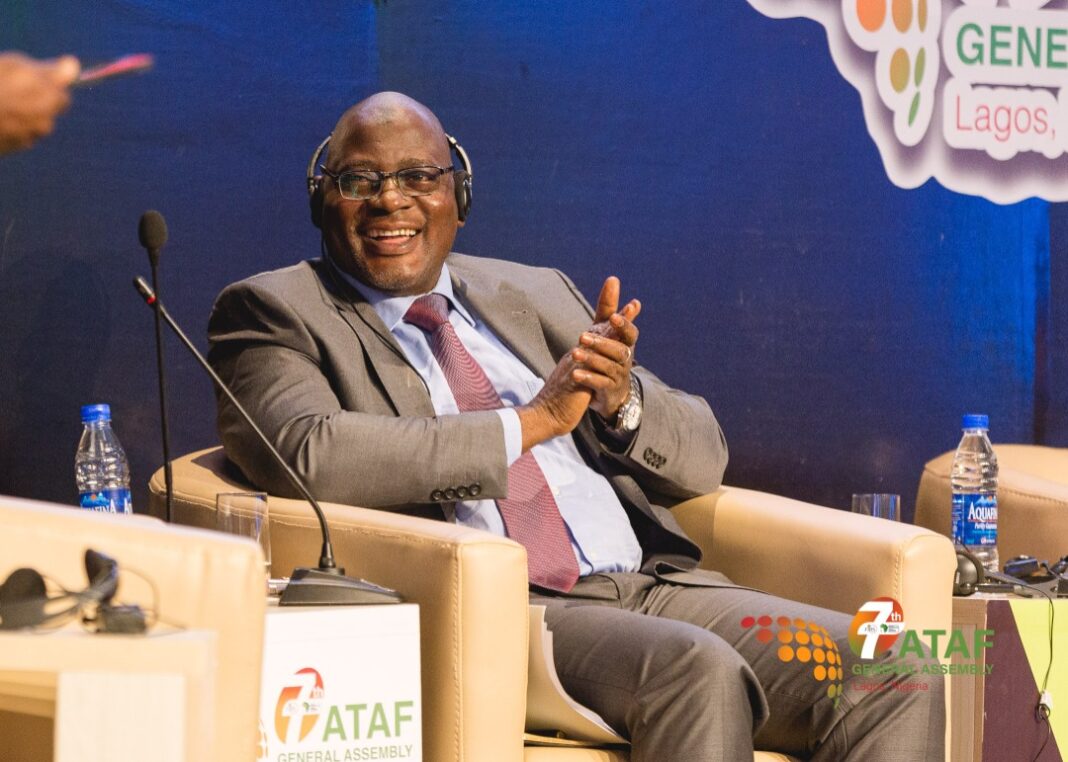 A major take–away from the just concluded Seventh General Assembly of the African Tax Administration Forum (ATAF) which held in Lagos, Nigeria, from October 31 to November 4, 2022 is that tax money must be put into good use if more tax revenue is to be generated. Heads of tax agencies from 42 African countries and more than 500 other participants, comprising of 380 registered participants who attended physically, 100 registered participants who participated virtually and about 65 participants who were members of dignitaries’ entourage, were welcomed in Lagos with that simple statement of fact; and that statement reverberated in all discussions throughout the five-day continental tax engagement.

Over the years, taxmen have avoided this sore-part of tax administration. In most tax jurisdictions in Africa, the constitutional responsibility of taxmen ends with the generation or collection of tax revenue. The utilisation of the revenue is left for the government to decide. As a result, taxmen did not even attempt to remind the government of the social contract between the taxpayer and the government.

The subsisting social contract is that while taxation represents a compulsory transfer of wealth from private citizens to the state, it is publicly desirable only if tax revenue is consistently translated in improvements in publicly provided goods and services, and broader improvements in the quality of governance. In other words, while it is the obligation of the citizens to pay taxes to the government, it is the responsibility of the government to utilise the taxrevenue properly to provide the citizens with needed services and infrastructure.

Taxmen literally endured confrontations by taxpayers who always demanded evidence of tax revenue utilisation. Reports from field show that taxmen often faced stiff resistance from taxpayers during tax compliance drives. As a result, tax administrators lose revenues; and in some cases, get humiliated or even manhandled by angry taxpayers who demanded value for money paid as taxes.  The outcome statement of the Chartered Institute of Taxation of Nigeria (CITN) in its collaborative meeting with the Kwara State University (KWASU) in August 2022 noted that the major cause of low tax compliance in Nigeria was ‘Trust Deficit’ of the taxpayer for the government. A taxman, during the ATAF conference, shared his experience during a tax drive in one market his country’s capital city. The moment the traders identified the group of taxmen who were on tax drive to some offices in the market, the traders mobilised and chased the taxmen out of the market, saying that the government neither constructed access road to the market nor provided power supply to the market after many years of mobilising revenue from the market.

In Nigeria, the Executive Chairman of the Federal Inland Revenue Service (FIRS) has been championing calls for public office holders to ensure right utilisation of the taxpayers’ money. Nami had observed that taxmen in Nigeria faced resistance from taxpayers because Government at various levels are not doing enough to produce evidence of good use of the taxpayers money. He then started open campaign for judicious and effective deployment of tax revenue. Nami took the call to the ATAF General Assembly in Lagos. In his welcome remarks, Nami urged heads of tax administrations in Africa never to shy away from highlighting the strong nexus between improved tax revenue collection and improved utilisation of the tax revenue. In Nigeria for instance, while available records show that the government at some levels, is making effort to provide the taxpayers with basic social amenities, it is also true that theculture of right tax utilisation needs to permeate the system such that it becomes anathema for any public office holder to divert or misuse the taxpayers’ money. This is the central theme of Nami’s effervescent messages on tax revenue utilisation.

Interestingly, the theme of the ATAF conference was “Rethinking Revenue Strategies: The Human Face of Taxation”. Nami seized the opportunity to further escalate his thoughts to his colleagues, that giving a human face to taxation involves making the tax money work for the taxpayers, insisting that governments across Africa must begin to rethink governance, engender public confidence and trust in government by providing value for taxpayers’ money in line with the responsibilities of governments under the social contract they have with citizens. He added that it was imperative for African tax administrators to mobilise and speak with one voice as a regional bloc on global tax issues for their collective interests.

“The fiscal social contract which hinges on the willingness of the citizens to pay tax in return for the provision of public service, is a clarion call on the government at all levels in Africa to rethink governance.

“In my view, if we must transform the tax system and enhance revenue collection in Africa, there is theneed for the government at all levels to engender public confidence and trust in government by providing value for taxpayers’ money,” Nami said.

Nami also stated that governments should reconsider how projects are reported in the public space, with such reports communicating to convey the idea that taxpayers’ money’s is used to fund infrastructural projects.

Also, Lagos State governor Babajide Sanwo-Olu who was represented by chairman of the Lagos State Internal Revenue Service (LIRS) Mr. HamzatAyodele Subair, in the same vein said that there was the need to give taxation a human face, by implementing projects with taxpayers’ moneys that impact the lives of the citizens. Taking Lagos state for instance, Sanwo-Olu said there can be no development without funding. And in return, the Lagos State Government has given a human face to taxation by providing the taxpayers with their basic needs.

“There is no development without funding. We have amongst others, embarked on major transformational infrastructure projects cutting across transport, health, education, agriculture, and technology amongst others.

“These major infrastructural interventions are designed to improve the quality of life of our citizens and re-engineer economic growth and development trajectory with improved productivity of our citizenry, which invariably improves our tax generating abilities. In a bid to save the human face of taxation, communication and feedback from the taxpayer are of paramount importance,” Mr. Subairnoted.

Similarly, in his remarks, the Executive Secretary of the African Tax Administration Forum, Mr. Logan Wort noted that a critical component of rethinking Domestic Revenue Mobilisation is to ensure that the government has an impact on the lives of citizens.

“While we consider strategies or frameworks within which to enhance Domestic Resource Mobilization on the continent, we must always put into perspective its primary objective—being the impact on people’s lives as reflected by ATAF’s mandate in the new decade which is to serve the higher purpose of enabling and assisting African governments to mobilize their own domestic resources through taxation in order to build states that foster economic growth and social development in the interest and wellbeing of all their citizens.

“This mandate, especially the latter part, is one we all share in various capacities across our jurisdictions, and one that must drive our Domestic Resource Mobilization objectives”, Mr Wort said.

Nami’s call for right tax revenue utilisation by African governments dominated discussions throughout the conference; and became a profound peg for rethinking taxation strategies in Africa. With the dramatic acceptance of Nami’s speech amongst the tax administrators, as evidenced by various reactions of participants in the tax conference, there is already a silver lining in the cloud; and one could be optimistic that African Governments would heed these calls for effective tax revenue utilisation; which will in turn cause upshoot in tax compliance and revenue mobilisation in Africa.

Kelechi Okoronkwo is a Media Support Staff of the Executive Chairman, FIRS.