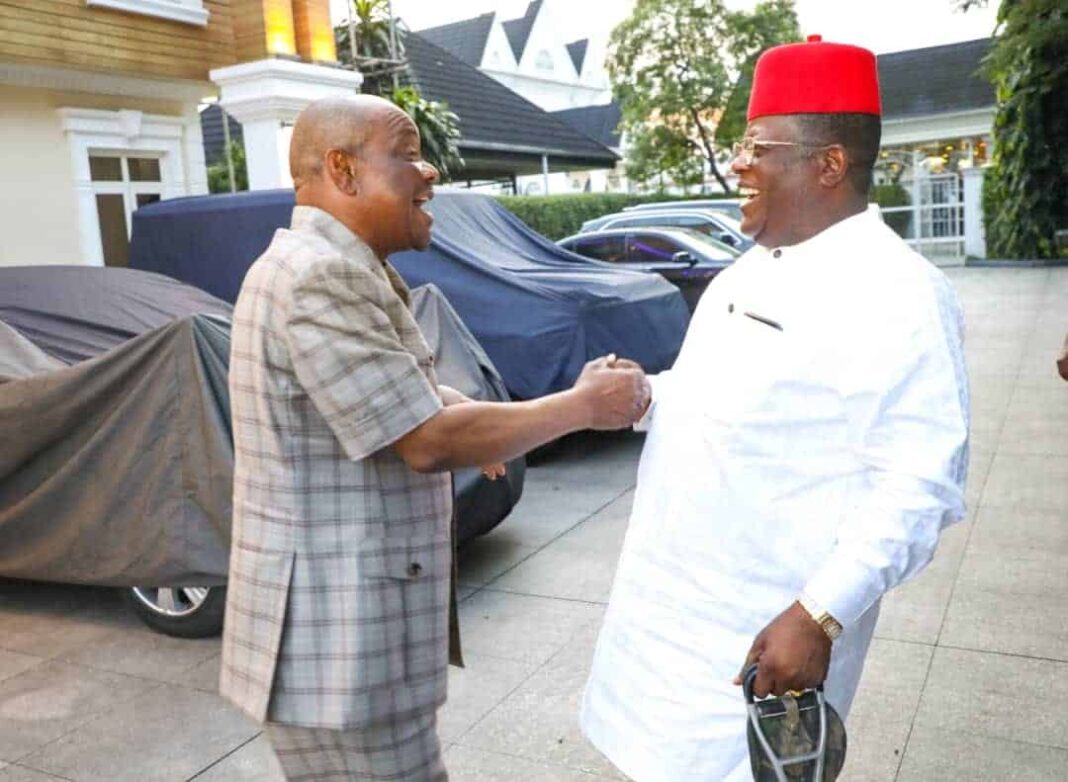 The meeting between Umahi and Wike was held ahead of the project commissioning ceremony scheduled for Tuesday.

Umahi of the All Progressives Congress is expected to commission the Akpabu-Itu-Umudiagha Road in Emohua Local Government Area (LGA) of Rivers State.

Recall that Wike on Monday, while speaking at the commissioning of the Mgbutanwo Internal Roads in the Emohua Local Government Area of the state, said he has more projects to commission before the end of his administration in 2023.

“I said I will turn Emuoha around, have I not done it? I brought the best construction company in Nigeria to construct this road.”

Governor Wike had been in the news in the last few months for inviting members of the opposition to inaugurate projects in the state.

See a picture from the meeting below: