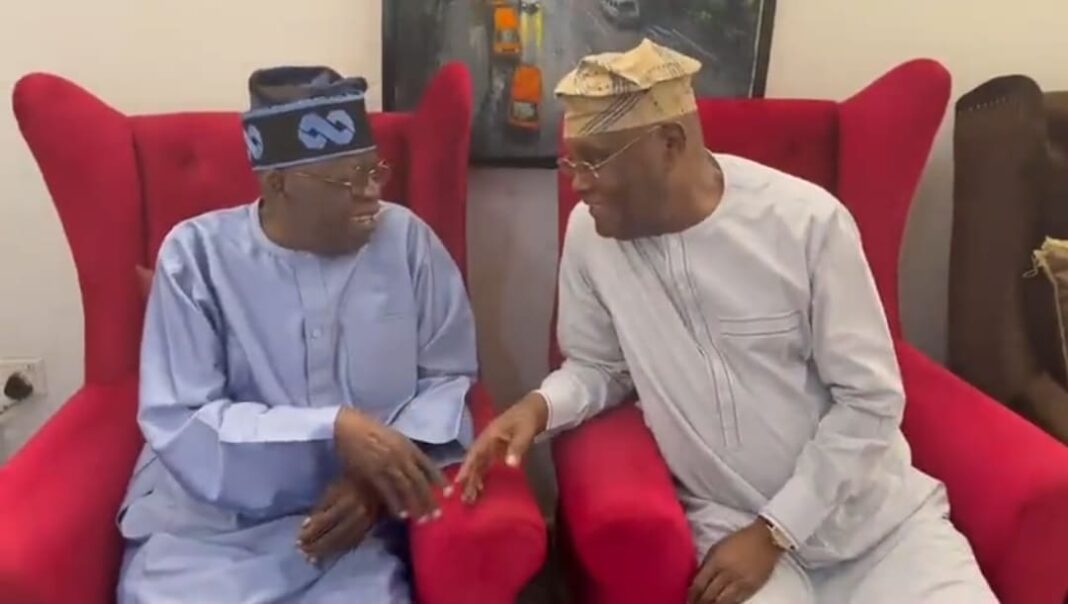 The Publisher Nigeria reports that Tinubu had, during a rally in Delta State, accused Atiku Abubakar, a former Vice-President, of publicly fighting his principal, President Olusegun Obasanjo.

Addressing the crowd, he said: “When Atiku was there, he was fighting his boss in public. They were telling us how they spent PTF money to buy cars for their girlfriends. Do they have shame?”

Reacting in a statement on Sunday, the spokesperson for the PDP campaign committee, Senator Dino Melaye, described the former Lagos governor as a betrayer who should not be trusted.

Melaye, a former Senator, stated that the PDP presidential candidate must be giving Tinubu nightmares ahead of next year’s general election.

He said Tinubu, who, in an exhibition of undemocratic tendencies, fought his female Deputy Governor, Mrs. Kofo Akereke-Bucknor, until she was removed from office.

Dino Melaye added that the treatment the former Lagos State governor gave to Femi Pedro was not any better.

The statement read in part, “In a fit of temporary coherence, Ahmed Bola Tinubu, the flag bearer of the All Progressives Congress, in Delta State, as usual departed from issues and devoted his limited attention to His Excellency, Atiku Abubakar, who must be giving him nightmares on the 2023 presidential election.

“According to the APC presidential candidate, Atiku ‘fought’ Obasanjo while in office. We owe him deep gratitude that Tinubu recalled this fine attribute of Atiku Abubakar, who, while he served as the vice president of the Federal Republic of Nigeria, defended the constitution and deepened Nigeria’s democracy.

“It is not a surprise that Tinubu would castigate a man who defended the rule of law. A man who is running from the law on many fronts cannot see merit in defending the rule of law.

“It is to Atiku’s eternal credit that he stood firm in pursuit of his conviction that the loyalty of public officers is to the constitution and not to individuals. This position will definitely be at variance with the disposition of a man of tyrannical antecedents like Tinubu, who, in exhibition of undemocratic tendencies, fought his female Deputy Governor, Mrs. Kofo Akereke-Bucknor, until she was removed from office. The treatment he gave to Mr. Femi Pedro was not any better. Why, then, did he focus on the jot in someone’s eyes while overlooking the log on his own?”

“The removal of Tinubu’s first deputy governor from office was a gross betrayal of Afenifere, who had nominated the former deputy governor as part of the group’s understanding for supporting Tinubu’s election as governor of Lagos State. This conduct is proof that Tinubu cannot be trusted with power.”