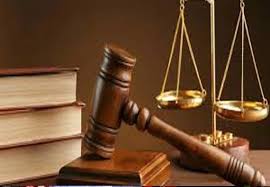 Alhaji Haruna Saidu, the plaintiff, had sued Senator Muhammad Adamu Aliero, the PDP and the Independent National Electoral Commission (INEC) for conducting a fresh primary election for Kebbi Central senatorial district despite him not being dead or withdrawing from the contest.

He also sued them for substituting his name for that of Senator Aliero, contrary to Electoral Act of 2022 and the party constitution.

While ruling on the preliminary objections filed by 1st defendant, Justice Ashigar ruled that the plaintiff has the locus standi,has not abused the court processes,and has genuine reason to instituted the suit having realised his rights would be jeopardize.

“In line with the aforementioned, in my humble view, I rule in favour of the plaintiff,” he ruled.

Justice Asghigar, while delivering his judgement on the overall issues, observed that there was no doubt that when the first primary election for the Kebbi Central senatorial district of the PDP, the 1st defendant was in ruling party.

He also noted that, based on exhibits 2, 21, 23, and 24 tendered before the court, the plaintiff had participated in the first primary election for the Kebbi Central senatorial district, where he was elected as the senatorial candidate of the party, having scored the highest votes while the 1st defendant was still a member of the ruling party.

“I therefore, upheld all the prayers of the plaintiff.”

Reacting to the ruling, counsel to the plaintiff Sule O Usman, SAN, stated: “We are elated because, we approached the Court with tears in our faces, but my Lord painfully taken this case,delivered beautiful justice, with fair, without favour to any parties. You have listen to all parties and affirmed Haruna Saidu as the candidate of the Kebbi Central senatorial district of PDP.

“With this judgement, the people of Kebbi Central Senatorial district now know their candidate for PDP. We wish our Lord all the best,” he said.

Counsel to the 1st defendant Aliyu Hassan told reporters that his client, Senator Muhammad Adamu Aliero, would appeal the judgement.

Counsel to the INEC Barrister Ahmad Mamud, on his part commended Justice Ashigar for delivering a meritorious judgement.

Watch As Tinubu Says ‘Power Must Be Grabbed, Snatched At All Cost’ (Video)