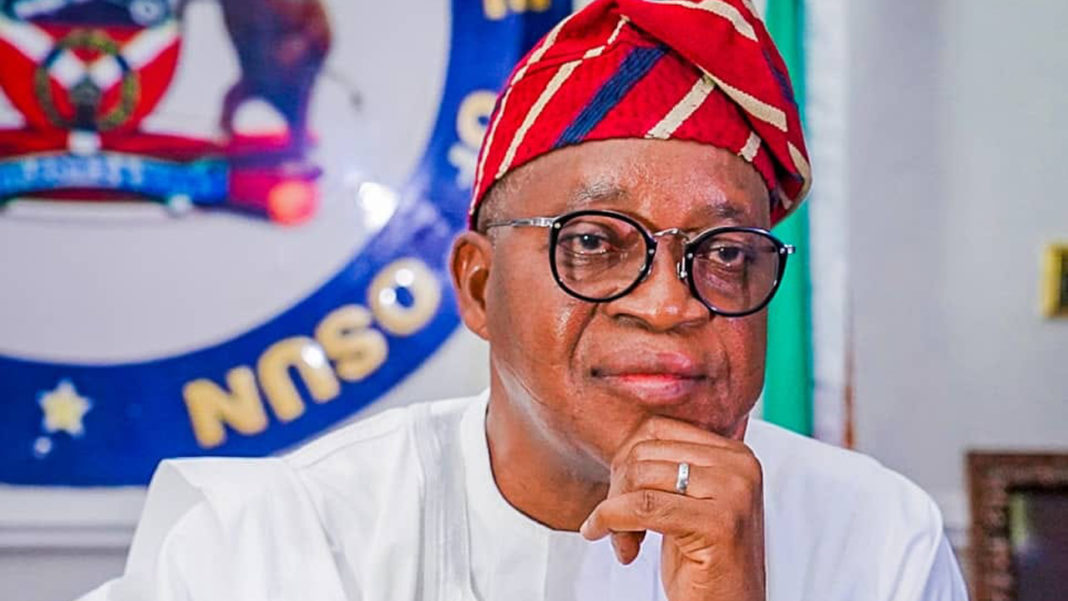 The Osun Governor, Adegboyega Oyetola, on Tuesday, assented to the law seeking to upgrade the Osun State College of Education, Ilesa to a full-fledged University.

The Governor’s assent followed the successful passage of the Executive Bill into Law by the Osun State House of Assembly in August.

Speaking shortly after assenting to the law, Oyetola said the decision of the government to upgrade the College to a university was “not a product of fanciful effort”, but a “thorough and rigorous interrogation, characteristic of the culture of deep engagement” which his administration is noted for.

According to him, the proposed university has been carefully conceived as a thoroughly entrepreneurial and innovative institution that would be funded through a mix of sources, such as the government, community, industry, and other stakeholders without exerting unnecessary pressure on the finances of the State.

Speaker, Osun House of Assembly, Timothy Owoeye, while receiving the copies of the University Establishment Law from the Governor after his assent, said, “The signing of this Bill into law is a new dawn in the entire Ijesa land in particular and the State in general.

“This is a huge development for Ijesa people and Osun State. This is what we have been clamouring for, for over 40 years. As a matter of fact, the College which was established in 1979 is more than 40 years old now, and thinking to upgrade it to a full-fledged University is a welcome development. We commend and appreciate Mr. Governor for his magnanimity and generosity to Ijesa people.

“I want to assure you that the establishment of this University will attract a lot of developments and improve on the socioeconomic activities of Ijesa land; and by extension, it is going to turn Ijesa into a tourist centre as Ijesas home and abroad will come to support the government. I can assure you that the government will not regret upgrading the College to a University”, he added.

Recall that the State government had sent a bill to the Osun State House of Assembly seeking to convert the College of Education, Ilesa, to the University of Ilesa.

The Peoples Democratic Party (PDP) in Osun, however, expressed opposition to the move, describing it as a ploy by the Osun All Progressives Congress (APC) led administration of Governor Adegboyega Oyetola of using the conversion as a means to buy the votes of the electorates.