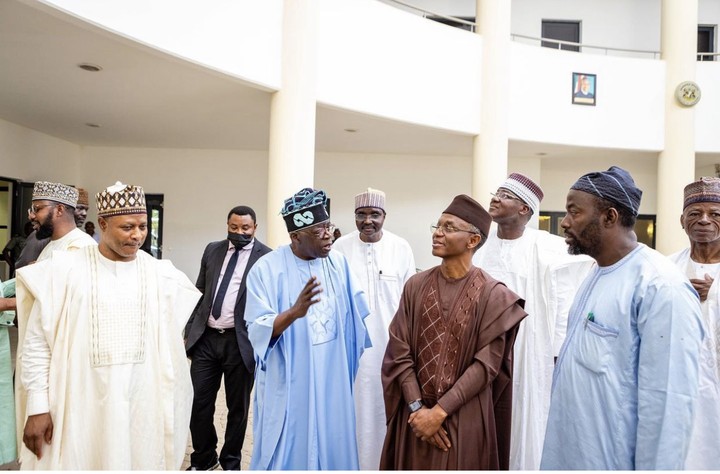 Barely 10 days to the commencement of campaigns by political parties fielding presidential and National Assembly candidates in next year’s general elections, the ruling All Progressives Congress (APC) is yet to unveil the full complement of its Presidential Campaign Council.

There had been speculations that the party was playing a waiting game with the main opposition Peoples Democratic Party (PDP) but the latter had, last week, announced its Campaign Council.

Sunday Vanguard checks revealed that high-level internal contestations and horse-trading might have delayed the APC and its standard bearer, Asiwaju Bola Ahmed Tinubu, from concluding on the issue.

It was gathered that some stakeholders, including serving and ex-ministers as well as some members of the National Working Committee (NWC), have floated individual support groups for Tinubu.

In the NWC alone, the Woman Leader is coordinating several women groups, same for the Youth Leader. You have the Minister of State, FCT, Dr Ramatu Tijani Aliyu, who also coordinates a group. Then you have a former minister, Adebayo Shittu, with his own group. When you go across the states, you have some governors and other stakeholders setting up groups,”a party source told Sunday Vanguard at the weekend..

“At the end of the day, all these groups would be subsumed under the Campaign Council but you will need to create roles for their leaders. You need to give them such recognition”.

Another source said the party and Tinubu were being very careful about geographical and religious balancing, hence the slight delay in coming up with a full list of members of the Council.

Meanwhile, sources said some of the former APC presidential aspirants, who come from states where governorship primary elections have not been conducted, were negotiating to be given free hands to pick the governorship candidates of the party in their respective states while others allegedly wanted assurances that they would have a hand in recommending people for critical appointments should Tinubu become President.

There are, however, concerns about a possible battle of wits among some stakeholders.
In Kogi, for instance, there is a subtle battle for supremacy between supporters of Governor, Yahaya Bello and leader of the Tinubu Support Group and federal lawmaker, Hon. James Faleke.

Both men fought to become governor of the state in 2015 after the sudden death of the APC governorship candidate, Alhaji Abubakar Audu, who was already coasting home to victory in that year’s state election. While Faleke was Audu’s running mate, Bello was a distant first runner-up in the primary election that produced Audu as an APC candidate.
In Enugu, one of those who contested for the APC presidential ticket with Tinubu, former Senate President Ken Nnamani, who leads critical leases of the party in the zone, is not having it rosy with the state Chairman of the party and also the governorship candidate.
Although party spokesman, Felix Morka, did not return calls or reply to messages seeking clarifications on the delay in unveiling a full complement of the council, the Minister of State, Labour and Employment, Festus Keyamo (SAN), said there was no cause for alarm.
Keyamo, who is the Director, Media and Public Affairs and Official Spokesperson of the Council, told Sunday Vanguard that the party still has time to finalize work on the composition of the Council.

“There are no issues as I understand it. The party’s leadership and the candidate are just making wide consultations and we still have a good number of days to go”, he stated.