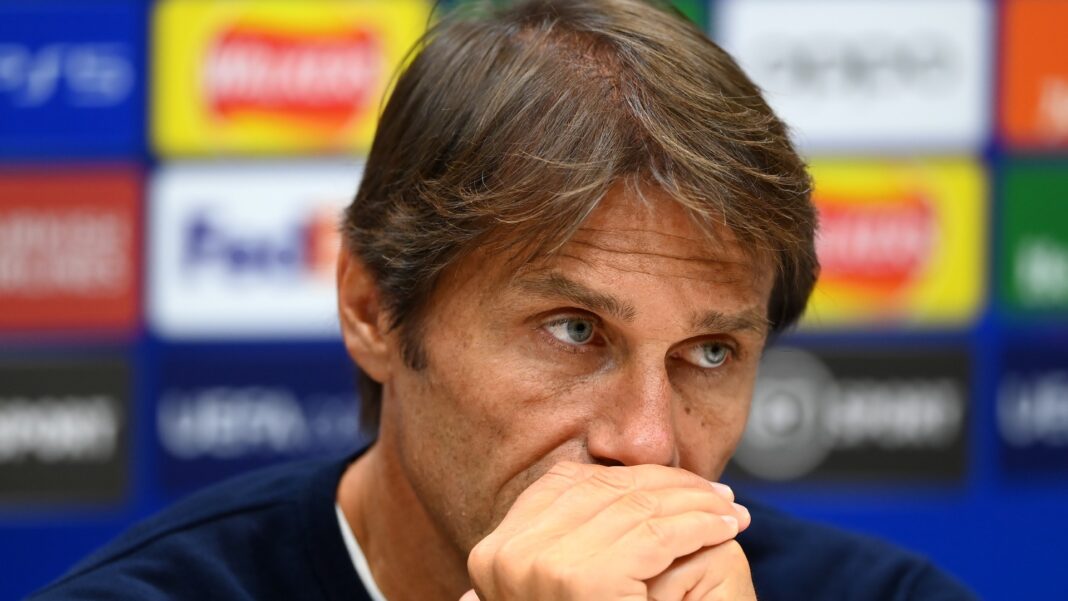 Spurs were on course for one point before Sporting scored twice in the dying seconds.

It was Tottenham’s first defeat of the season.

And Conte said: “The Champions League level is very high. You have to reduce the mistakes because at the end you can pay and we paid, we paid a lot.

“Now, instead of a draw, we are talking about a loss against a team used to playing in this competition. It’s a pity.

“All of the players know the level is an important level and you have to continue to improve yourself. A draw would have been more fair but Sporting were good to take their moment.

“We could not score and tried to win the game and then in the last 10 minutes we could have done much better.

“They scored with a corner and then the second goal after 90 minutes. It’s a pity but it was a difficult game.

“We had two or three situations where we could have done much better but now we must rest and think about the Premier League.”