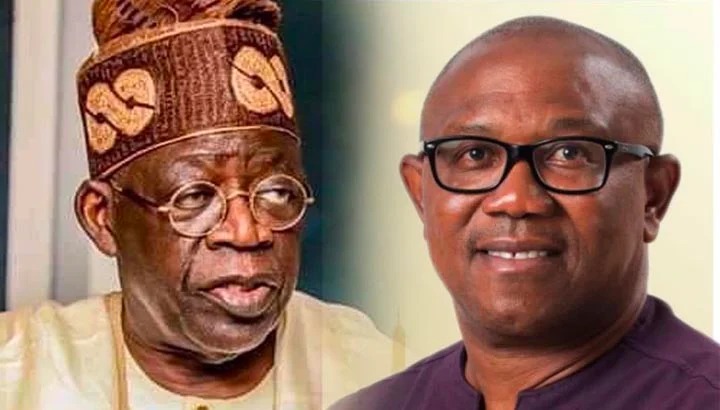 Our attention has been drawn to an offensive, hate-filled video made and circulated by the Presidential Candidate of the Labour Party, Mr. Peter Obi, in which he accused an amorphous and non-existent “Tinubu’s Group” of spreading a Whatsapp message calling on the Yoruba not to vote for him. The purported message, according to Mr. Obi, forewarned the Yoruba that a vote for Peter Obi would be a vote for a seaport in South/South and South/East.

For the avoidance of doubt, this is a transcript of the so-called message as relayed by Mr. Peter Obi:

“Yoruba shine your eyes o, if you vote for Peter Obi, it is automatically voting for seaports in South South and South East. The Igbos will stop coming to Lagos State to invest, rather they will go to Delta and Rivers States, they may even stop building houses in Lagos. It will affect a lot of Yorubas. Yoruba ro nu o.”

Firstly, we vehemently deny the existence of any of such “Tinubu group” that made and circulated such a message. All groups supporting the APC Presidential Candidate and his running-mate have clear designations with well-known promoters. In addition, it is only messages released by the APC Presidential Campaign Council that are officially authorized and for which we take responsibility.

We challenge Mr. Peter Obi to reveal the source and name(s) behind that nebulous Whatsapp message.

We wish to state that it is obvious Mr. Peter Obi deliberately concocted that message and circulated that offensive video himself as a campaign strategy in order to come across as a victim of some kind of ethnic agenda, whereas in truth, he is the real agent provocateur of an ethnic agenda.

As the takeoff date for campaigns draw closer, Mr. Peter Obi has suddenly realised that Nigerians are beginning to burst his bubbles as his messages are bereft of ideas, depth and clear-cut solutions to our challenges. His messages are only full of false data and highfalutin jargons in what is clearly a disingenuous ruse to distract a scrutiny of his empty records as a Governor of Anambra State and nothing else. Hence his easy recourse to playing ethnic card and fanning the ember of hate.

We have in on good authority that part of the “US Strategy” (just like the failed “Dubai Strategy” his former boss and himself adopted in 2019) was to return to the country and spread ethnic hatred amongst the voters and cause chaos, then pose as the victim. They have just kick-started that plot by orchestrating and circulating the said video.

We find it utterly disgusting, demeaning and insulting to the sensitivities and sensibilities of Nigerians for a Presidential Candidate of the ilk of Peter Obi to make such a video parroting a spurious, unverified and sham message that has the potential of deepening our faultlines as a nation and further promoting ethnic tensions. This is completely unbecoming of a Presidential Candidate that hopes to unite this country. Again, we note that Mr. OBI’S latest stunt is consistent with what is now widely perceived as his adoption of hate as campaign strategy, having consistently failed to rein in his known and identifiable supporters, mostly domiciled on social media, threatening political opponents with violence and death.

Moreover, here is a man known as a sectional irredentist, with public records showing him expelling Nigerians from a section of the country from Anambra State while he was Governor and has decidedly resorted to ethno-religious card in his activities and messaging thus far, now accusing his better of being an ethnic champion. What a supreme irony!

We are also aware that plans are afoot by Mr. Peter Obi to fake an assassination attempt on himself and hire Labour Party boys dressed in APC caps and T-shirts to attack some Labour Party offices. It is all part of the “US Plan”. It is the first in a series of incendiary actions planned by this ill-prepared but desperate candidate.

We call on all well-meaning Nigerians, irrespective of ethnic origins or political divides, to rise up and condemn this tactless tactics and cheap manoeuver by a desperate non-starter of a presidential candidate who has decided to resort to crude revisionism, ethnic jingoism and crass insensitivity with a view to whipping up undeserved sentiment to fuel his faltering ambition that is nothing but a flash in a pan.

Our advice to Mr. Peter Obi is to quit the race if he has nothing more to tell Nigerians.

We also wish to use this medium to debunk the false and misleading posts on various social media handles of supporters of Mr. Peter Obi that Asiwaju Bola Ahmed Tinubu is withdrawing from the race on health grounds. This is nothing but a figment of their warped imaginations. Our candidate is strong, healthy and fit enough for the coming campaigns. The opposition will hear loud and clear from him soon.