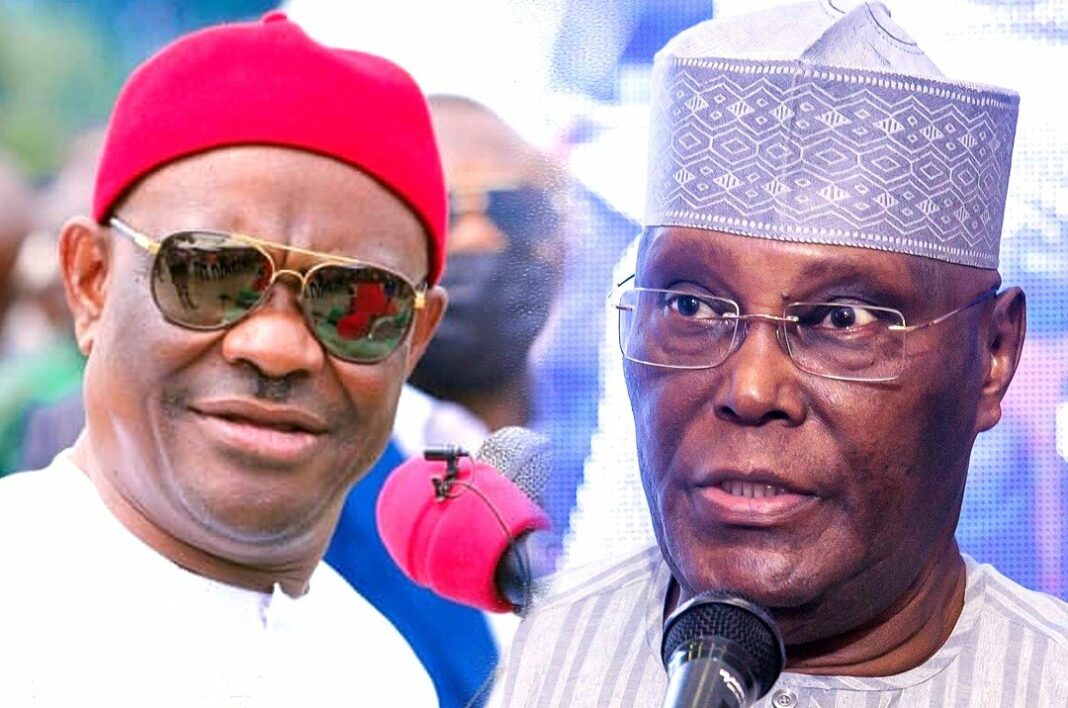 The Rivers helmsman has been on the offensive since the party’s primaries in May where he emerged the runner-up.

Wike has been demanding that the National Chairman Iyorchia Ayu should step down if the Atiku camp is really interested in resolving the crisis.

The governor revealed that hours after the Abuja primary, Atiku told him that Ayu will go because it is unfair that the flagbearer and chairman are from the same region.

But the former Senate President and ex-Minister remains in the position, with no sign that he is ready to stand down.

The National Executive Committee (NEC) passed a vote of confidence in him last week, an indication they are not favorably disposed to Wike’s wish.

The Delta Commissioner for Information, who confirmed that different options are being weighed, fears a forceful exit of Ayu would create a constitutional crisis.

Aniagwu said because the offices were elective, if Ayu leaves and the seat is conceded to the South, the provisions of the PDP constitution would be offended.

He added that if the Chairman and Deputy spots are occupied by the South, the third person in the National Working Committee hierarchy, Samuel Anyanwu (from Imo) is also a Southerner.

“If you decide to bring these two positions to the South, have you also made arrangements to take the National Secretary to the North?”, he quipped.

While some party chieftains believe the party should placate Wike, others warn of the legal issues that could emerge and distract the campaign ahead of the general polls.

Wike already dismissed the resignation of Walid Jibrin as the Board of Trustees (BoT) Chairman and the emergence of Adolphus Wabara.

A source said Bode George, a former Deputy National Chairman (South), was initially considered for the role but “did not accept it”.

The governor described the BoT as a mere advisory body, warning that he would fire more salvos if the right thing is not done.

Wike accused the Atiku camp of arrogance and claimed somebody in the presidency was backing the ambition of the Wazirin Adamawa.

“I will tell Nigerians at the appropriate time…the person in the presidency that is backing them”, he told a gathering in Rivers.

It was gathered that some members of the party were planning to commence legal actions in the event Ayu is sacrificed.

Makinde has turned down an offer to become the Chairman of PDP Governors’ Forum; Ugwuanyi is also not keen to serve as the Presidential Campaign Secretary.

There are speculations that Sokoto Governor, Aminu Tambuwal, who stepped down for Atiku during the primary, will lead the Presidential Campaign.