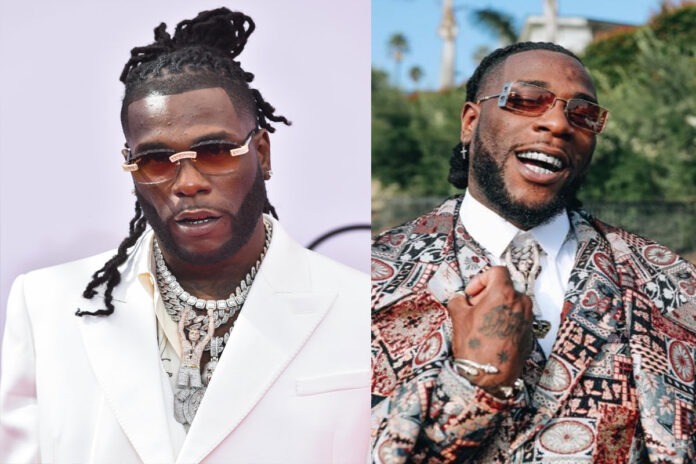 According to the “Way Too Big” Crooner, he came into the Industry Straight From Chelmsford HMP and he had no Idea that he would even Live This Long. Burna Further Stressed that he’s Just happy that he can do what he loves and he doesn’t care about being the Biggest Artist in Nigeria.

“I came into the Industry Straight From Chelmsford HMP, I had No idea I would even Live This Long. So when I see people talk about me now it’s all just Funny” The Multiple Award Winning Singer Wrote and it Stirred massive reactions from Fans, Viewers and Followers. 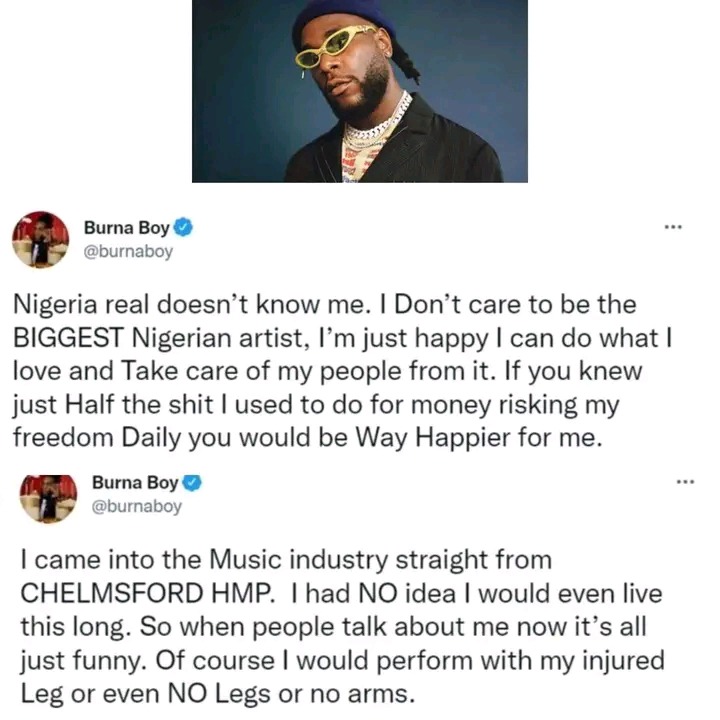 Burna Boy is Currently one of the Hottest Prospect in the World, he came into Prominence some couple of Years back and ever since then, he has Managed to Cement his Place as one of the Most Sought after Afrobeat Singer in the World.