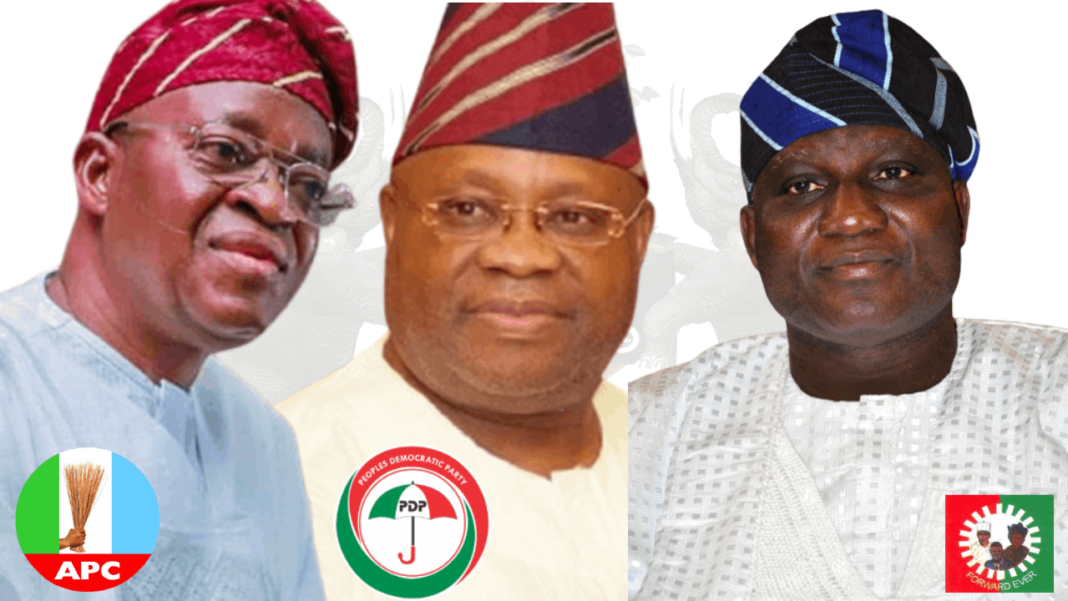 The governor was escorted by his wife, Kafayat, the APC Chairman in the state, Prince Gboyega Famodun, and some members of the state executive council.

The petition, which was personally signed by the Governor and the party Chairman, was received by the tribunal secretary.

The petition was filed to challenge the victory of Peoples Democratic Party, PDP’s candidate, Senator Ademola Adeleke, who was declared the winner of the election by the Independent National Electoral Commission, INEC.

Governor Oyetola after signing the documents and handing it over to the tribunal secretary, left the venue without addressing journalists.

However, one of the petitioner’s counsel, Mr Kunle Adegoke, SAN, while speaking with journalists, said Oyetola and the APC have a very good case and are ready to prove beyond reasonable doubt.

“The petitioners have fundamental grounds to pursue the case,” saying that with the content of the petition they are confident of victory.

Vanguard gathered that the Governor and the party submitted voluminous documents an are challenging 749 polling units across ten local government areas of the state for various electoral malpractice, especially over voting.

The party chairman had told journalists that the party has a very strong case and will do everything legally possible to reclaim its mandate.