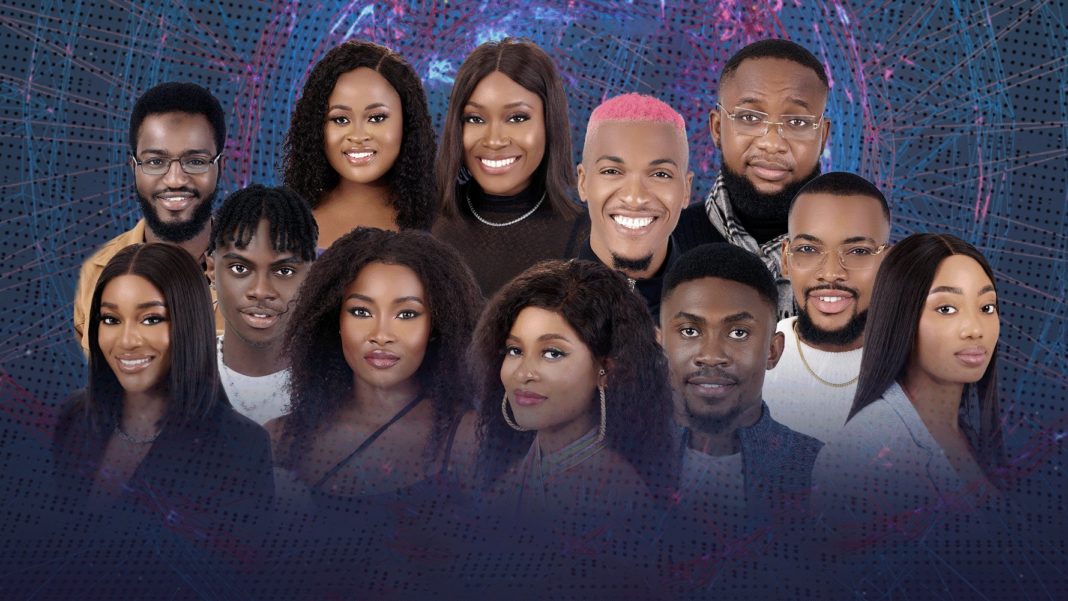 The Big Brother Naija, BBN reality show, 2022 edition (Level Up) started on Saturday, July 23. OGHENOVO EGODO-MICHAEL takes a look at activities in the house so far.

Arguably the most popular reality TV show in the country returned with a bang as it kept fans glued to their screens for the launch of the show, as well as the introduction of the first 12 housemates.

Ebuka Obi-Uchendu, who is the returning host of the show, revealed this year’s slogan, Level Up, as he introduced each of the housemates and usher them into what could be their home for the next 72 days.

The first housemate to go into the house was Groovy. He was later joined by Beauty, Khalid, Ilebaye, Cyph, Amaka, Kess, Daniella, Saviour, Chyna, Diane and Christy. As usual, they all have one thing is common— their eyes on the prize.

The new housemates settled in quickly and started getting acquainted with one another. Eloswag and Diana ‘bonded’ really fast as both got into a conversation where Diana revealed that she is only interested in dating a man who understands her.

On the third day of the show, housemates from both houses met and to their surprise, they realised that there are actually two houses, with 24 contestants in all.

They went on to play their first game together at the games arena. Eloswag emerged the winner of the game, and was subsequently announced by Big Brother as the first Head of House for the season. As the HOH, he is immune from eviction.

Big Brother also introduced the reverse of head of house, which is Tail of the House, reserved for the contestant with the worst performance.

Also, the Level 2 housemates had their first diary session. They also spoke with Big Brother individually and expressed their thoughts about the show so far.

As the game progressed, some of the housemates expressed interest in other contestants. A member of the level one house, Sheggz, showed interest in Bella, but while she seemed to enjoy the attention, she stated that she was not ready to act on it as it was still too early in the game.

Meanwhile, Allyson and Hermes also seem to be getting along well, as both admitted to liking each other. However, Allyson stated that she is currently emotionally unavailable, while Hermes informed her that he is polyamorous.

The Level 1 housemates also had their first diary session, and they poured out their hearts to Big Brother

Speaking about the two different houses, Sheggz stated that contestants in both houses have been ‘cool’ to live with. However, Diana noted that she felt some sort of discord in the midst of the level two housemates.

Shegz is still hell-bent on getting Bella’s attention. Apologising for showing her a side of him that she did not like, he talked about some of his experiences with other women.

Amaka and Phyna moved on from their earlier ‘fights’ as they had a friendly conversation about the kind of education they want their children to have.

Meanwhile, things got heated in the level one house, as there was a clash between Chichi and Adekunle. Adekunle later apologised to her.

Things were taken up a notch in the house as the level one housemates had a pool party. As expected, they housemates let their hair down and had undiluted fun, making merry with one another. There was enough to drink, even as they danced and played games.

Staying true to type, the drama on the show continued on the seventh day, with Beauty accusing Groovy of not always keeping an eye out for her.

This spurred different reactions from the level two housemates. Phyna was of the opinion that the kiss the duo shared could be the reason for their fallout. On the other hand, Amaka felt that Beauty was intentionally restricting people from getting close to her.

Meanwhile, the level one housemates addressed their loss in the last game they played against level two housemates. The contestants gave different reasons for what could have led to their loss, even as they enjoined one another to do better.

Dotun felt that lack of communication was one of the factors that affected them. He also noted that the energy they were putting into the game was low.

Amaka and Bryan got into a dirty fight, as Bryan accused her of not being able to deal with people calling her out on her shortcomings.

While everyone was relaxing in the garden, Biggie called Ilebaye and instructed her to gather with the other housemates and make a contribution towards the general needs of the house.

On the ‘other side’, the level two housemates tried to develop their anthem into a proper song and Hermes added a lot of flavour to it with his passionate singing.

The housemates later had a wonderful time at the Saturday night party as most of them were in a relaxed and happy mood.