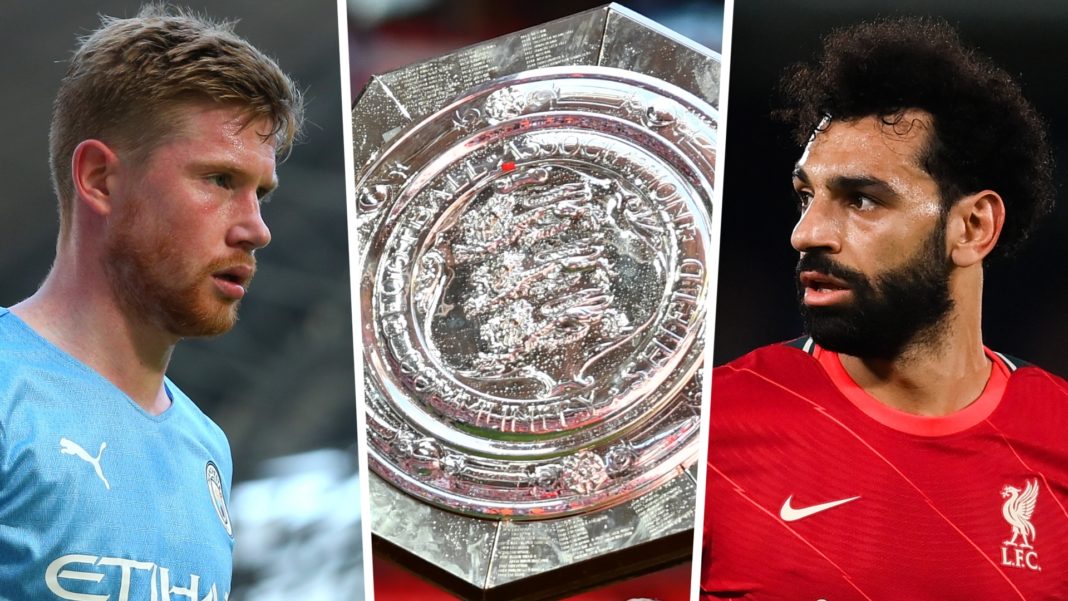 Premier League champions Manchester City will renew their rivalry with FA Cup winners Liverpool in the Community Shield this weekend.

City have won the traditional curtain-raiser six times but fell to a 1-0 defeat in last year’s pre-season showdown to Leicester at Wembley.

Pep Guardiola’s side will now be looking to set down an early marker over their Premier League title rivals.

Jurgen Klopp will be desperate to finally win the Community Shield having lost in his previous two attempts against City and Arsenal.

But why is the annual showdown not taking place at Wembley? talkSPORT.com has you covered…

Leicester’s King Power Stadium will host this season’s Community shield, as Wembley will be unavailable on the weekend of the fixture.

The showpiece event today will be played away from the national stadium for the first time in ten years due to Wembley hosting the Women’s Euro 2022 final between England and Germany the day after.

The Premier League is set to start a week earlier than usual this season because of the winter break for the Qatar World Cup, meaning the Community Shield will take place in the unusual slot of late July.

Both the Emirates Stadium and the London Stadium showed their interest in keeping the game in London but their efforts have been rebuffed.