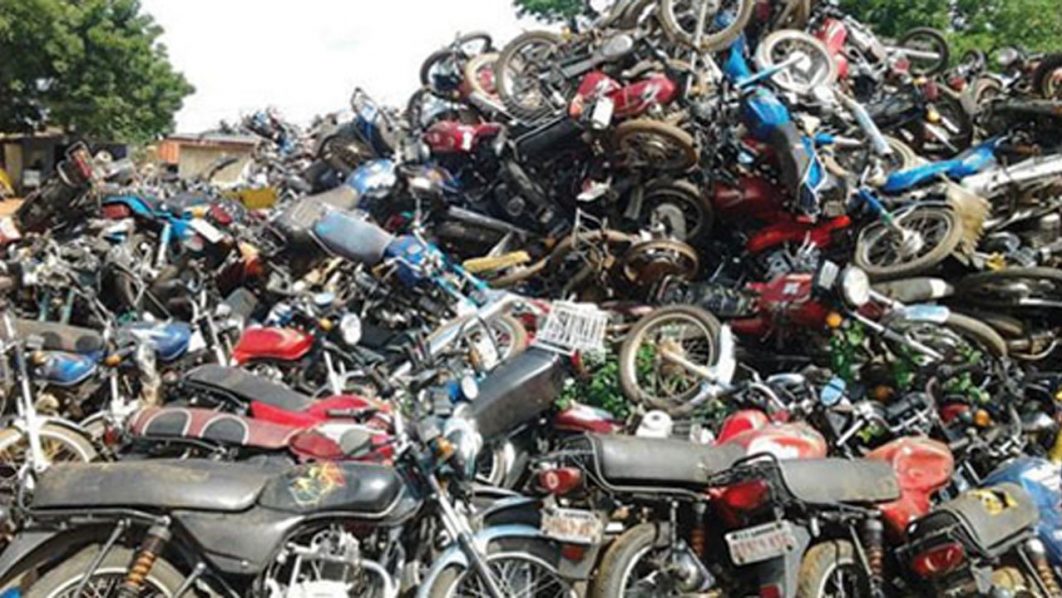 The Federal Capital Territory (FCT), Police Command on Tuesday, commenced the execution of the Federal Government nationwide ban on motorcycle transportation system across the country.

The commissioner of police, FCT Police Command, Abuja, CP Sunday Babaji, ordered the seizure of 20 motorcycles found to have violated the order on Tuesday, in Durumi area of the city.

The Command said it had several meetings with the leadership of motorcycle units across the territory culminating into taking such actions.

According to the FCT police, following the ban on motorcycles in parts of the FCT by the Federal Capital Territory Authority (FCTA), the FCT Command after several meetings with the various heads of motorcycle units across the territory, activated an enforcement exercise at the various divisional and Area Commands (AORs).

In a statement by the Police Command spokesperson, DSP Josephine Adeh, in Abuja, it noted that on Tuesday, July 26, 2022, motorcycles numbering about 20 were arrested by operatives of the Durumi divisional police headquarters on an enforcement round for violating the ban.

“The motorcycles were taken to the division and subsequently handed over to the VIO for screening.

“Upon sighting the VIO at the division, the errant motorcyclist in their numbers decided to obstruct them from moving out of the station and started attacking the officers.

“The police swung into action, dispersing the violent motorcyclists who took to the street to express their displeasure.

“No life was lost, nor properties damaged. Normalcy has since been restored.

“The Command urges members of the public not to panic, and to go about their lawful business while monitoring of the area and surveillance continues.”