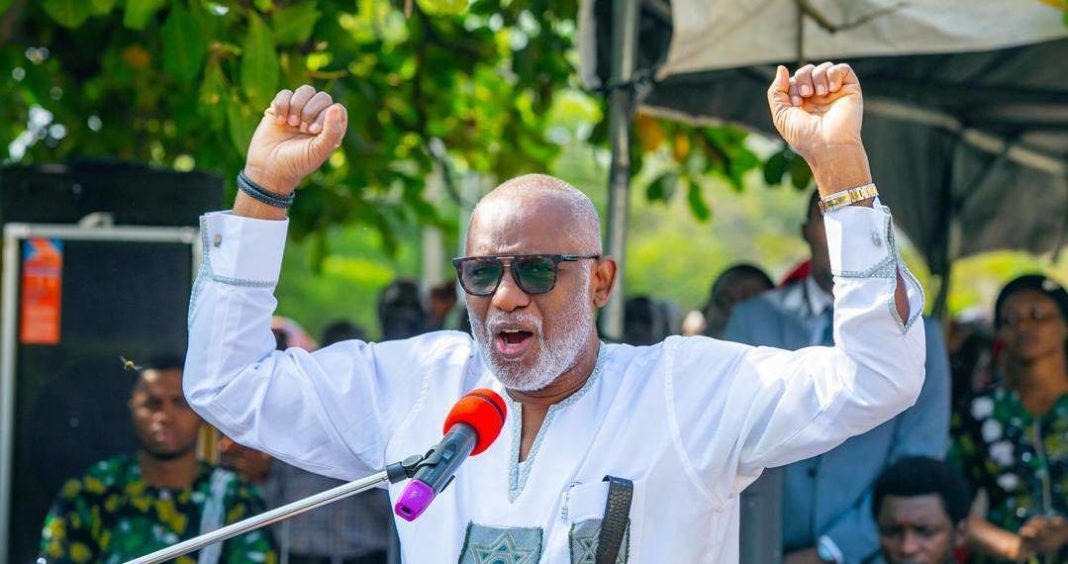 Ondo State Governor Rotimi Akeredolu has said the Wednesday shooting at the yard of the Craneburg Construction Company in Owo was aimed at destroying some of their equipment and not to maim or kill anyone.

Governor Akeredolu, who visited the construction site in company of Heads of Security Agencies in the State including the Commander of the Amotekun Corps, Chief Tunji Adeleye, urged the people not to panic.

The Governor was also accompanied to the yard by the Commissioner for Infrastructure, Lands and Housing, Engr. Raimi Aminu, and the Special Adviser on Union Matters and Strategy, Mr. Dare Aragbaiye, a statement signed by his spokesperson, Richard Olatunde, said.

“I want to allay the fear of our people. Clearly, what happened here on Wednesday night was not an attempt to kidnap anybody because they went away with nobody. And we have in the premises over hundred people living there,” Akeredolu said.

“Yes, there were sporadic gunshots at the wall but they never went inside to kill anybody. It is better for everybody to know. They didn’t go inside there to kill anybody. The only two people who had some gunshots were security men who they saw outside the premises.

“So, it is clear to us that their intention was to attack one or two equipment here, which they did. Their explosives affected the tyres and the windscreen of another vehicle.

“And we have close to 50 vehicles here. For us we are looking at it. We are not clear yet about their intention, but this is not one that should send unnecessary panic or fear into the minds of our people. This should not cause panic.

“They have been here for over five years. They had the Ore bridge, they had other roads. So, they are doing so many things for us and they are doing well and we are ready to give them necessary protection.”

The Governor also reassured the people of his administration’s commitment to the protection of lives and property, stressing that the Wednesday night shooting was not anything near the June 5 attack in the town.

“We will protect our people and their property. So, there should be no panic. Yes, there was shooting but it was not anything near what we had during June 5 attack at St Francis. This was not aimed to maim and kill. No.

“I believe our people will understand better to know the difference. So, there is no need for any panic, no need. We have given them all the assurance, we will get this place protected. I will continue to support them.”