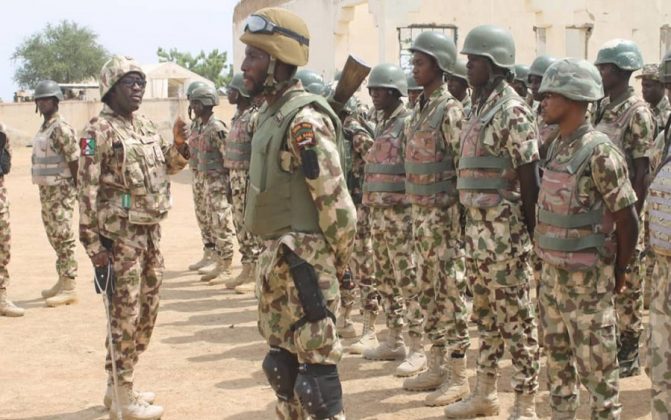 Zagazola Makama, a Counter Insurgency Expert and Security Analyst in the Lake Chad disclosed that the two girls whose names were given as Hannatu Musa and Kauna Luka were found by the troops in Bama Local Government Area on July 26, eight years after their abduction on April 14, 2014.

It was learnt that the girls escaped from Gazuwa camp, an acclaimed headquarters of the Jama’at Ahl as-Sunnah lid-Da’wah wa’l-Jihad, Boko Haram faction, formerly known as Mantari and Mallum Gabchari, Masari, located about 9 kilometres to Bama town.

The escape by the girls may not be unconnected with the sustained offensives by the troops of Operation Hadin Kai which resulted to hunger and displacement in the terrorists’ enclaves.

The two girls are reportedly being profiled by the troops in Bama who would also ascertain their health status before reuniting them with their families.

Recall that a few weeks ago, the troops had rescued two Chibok girls: Mary Dauda and Hauwa Joseph after they escaped from the camp.