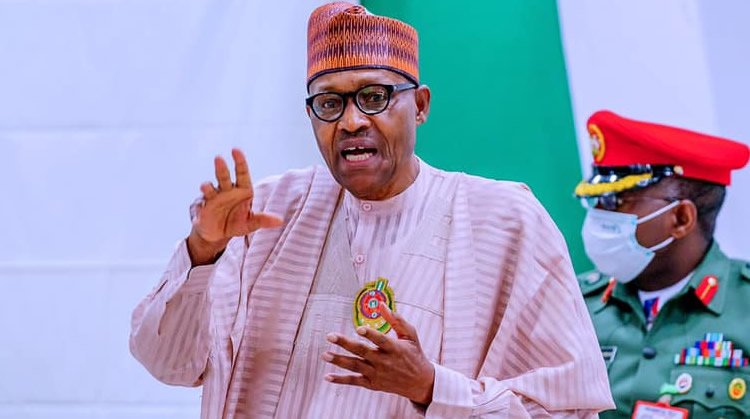 The civil rights advocacy group, Human Rights Writers Association of Nigeria, has called on the National Assembly to pass a vote of no confidence on President Muhammadu Buhari.

According to the group, the lingering strike by the Academic Staff Union of Universities, which began on February 14, has endangered the security of the country with students being out of classrooms.

This was contained in a statement signed by the National Coordinator, HURIWA, Comrade Emmanuel Onwubiko, on Wednesday, which noted that students could have been recruited to commit crimes such as terrorism, banditry, Internet fraud, prostitution, and drug trafficking.

The statement read in part, “We call on the National Assembly to impeach President Muhammadu Buhari for letting the ASUU strike linger thereby endangering national security. Everyone knows an idle hand is the devil’s workshop. This is why it is not imaginable that some undergraduate youths would have gone into sophisticated crimes such as kidnappings, cultism, terrorism, and drug trafficking, amongst others.

“The government’s inability to resolve the industrial crisis in the public universities whereby over 70 per cent of youths attend because they are from poor backgrounds is a direct declaration of war on the youths.

“HURIWA, therefore, urged the Senate President, Ahmad Lawan, to be a man now that he couldn’t get his promised presidential candidacy from the cabal in Aso Rock. He should do the needful and etch his name on the sands of time by impeach ing the President.”

The group also stated that the All Progressives Congress-led government was not serious about ending the ASUU strike because the children of the elite were in private institutions and the diaspora.

Onwubiko added that the APC should settle ASUU with the money realised from the sale of forms for the presidential primary election where aspirants paid N100 million for nomination and expression of interest forms.

“The APC-led government has demonstrated nonchalance to tertiary education in public schools obviously because the ruling class send their children to private institutions in Nigeria and overseas.

“The APC raked in over N2.5 trillion naira from its recent presidential primary alone as over 25 aspirants paid N100 million each. The N2.5 trillion is excluding trillions gotten from thousands of governorship, senatorial, House of Representatives and state Houses of Assembly aspirants.

“If the party is serious about ending the ASUU strike and saving its President, Muhammadu Buhari, from ignoble shame, it would have given just N1.1 trillion to ASUU to end the strike. But unfortunately, we have shameless people in power both at the APC top echelon and the Federal Government,” Onwubiko stated.

The group stated that it would write to foreign embassies not to allow children of elected officials to travel for academic purposes and urged the National Association of Nigerian Students to shun “money-based aluta”.

“HURIWA will subsequently write to all Western Embassies to urge them not to admit children of governors, ministers and the President for any academic programmes in their nations until the ASUU strike is permanently solved.

“Also, the National Association of Nigerian Students must sustain public protests and not cave in to intimidation and money-based aluta. They should not eat their future like Esau,” the statement concluded.