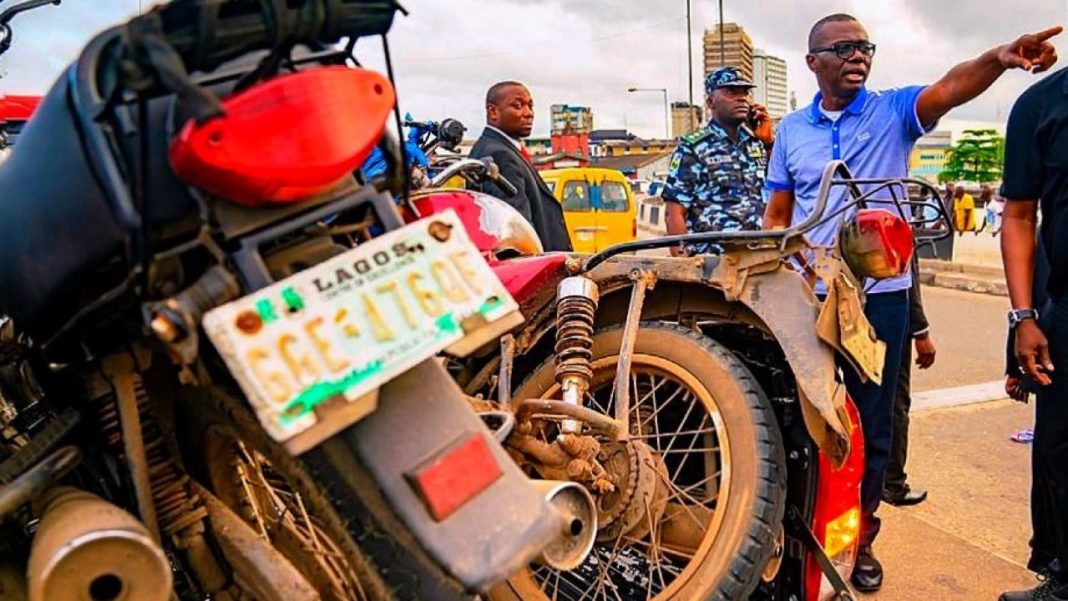 Governor Babajide Sanwo-Olu announced this while briefing heads of security agencies in the state at a meeting at the State House, Ikeja last week Wednesday.

The governor stated that the total ban on Okada in the six local councils takes effect from June 1, 2022, and would be fully enforced.

According to Sanwo-Olu, the Local Council Development Areas (LCDAs) under the six local government areas would also be affected.

In a communique after its general assembly on Sunday, Lagos Arewa stated that the ban placed on Okadas is not a new law and it has been in existence for ten years.

While stressing that the group is law abiding, Arewa called on all members to comply with the provisions of the laws of Lagos State.

The general assembly expressed support for all measures taken by the Lagos State Government in its efforts towards protecting life and prosperities of all Lagosians.

It said: “We condemn in totality the activities of all criminal elements who are mostly foreigners from Niger Republic, Chad, Cameroon and other Neighbouring countries who have infiltrated the ranks of those genuine riders and thereby perpetrating all forms of crime in Lagos state and are constituting serious threats to the lives and properties of Lagosians.

“We are calling on the Security Agencies to identify and arrest all those criminal elements masquerading as Okada riders.”

Arewa also tasked the Nigeria Immigration Service to step up its actions along the border line in checking the influx of those foreign elements coming into the Country without genuine intention.

The group restated its total commitment and support to the administrative policies of the Lagos State Government “getting rid of all security threats promoting peace and tranquility, safeguarding lives and properties of Lagos and the massive provision and development of infrastructures facilities for all Lagosians.

“We are calling on all well meaning Arewa Community members to comply with our common resolve and avoid the Local Governments of Apapa, Surulere, Lagos Island, Lagos Mainland, Etiosa and Ikeja.”

The group vowed to work with the Lagos State Government and the Association of Arewa Okada Riders towards the implementation of extant rules and documentation of all riders in all Local Governments of Lagos State.