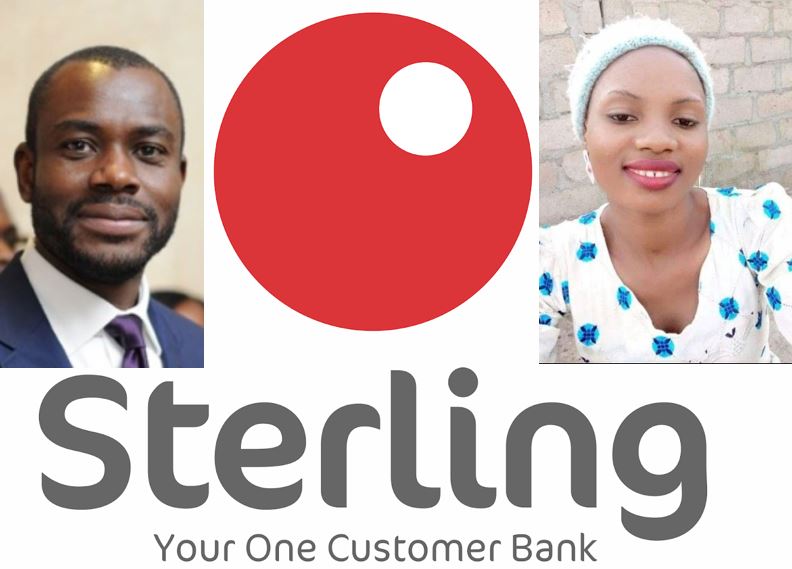 There is a fresh call for the sack of Sterling Bank MD, Abubakar Suleiman following the gruesome murder of Deborah Samuel.

Deborah Samuel, a young woman in her twenties, was murdered and set ablaze in Sokoto on Thursday, sparking a storm of controversy. Deborah, a 200-level student at Shehu Shagari College of Education, was murdered by assailants who accused her of defaming Prophet Mohammed (S.A.W) over a Whatsapp voice message.

Deborah had annoyingly advised her classmates to stop sharing religious content in a students’ Whatsapp group dedicated to educational activities and updates,  Her voice note was deemed an outright and brazen blasphemy against Prophet Mohammed, and she was assassinated as a result.

The killing of Deborah Samuel has become subject of discuss across social media platforms with many Netizens already calling to heart the corporate rascality and outright disrespect of the Christian race exhibited by Sterling Bank under the watch of a Muslim MD/CEO, Abubakar Suleiman.

To many enraged internet users, if Deborah Samuel, a young woman in her twenties, could elicit such a barbaric response from religious extremists, culminating in her gruesome and humiliating murder, what can be said of a corporate entity like Sterling Bank, led by a Muslim Managing Director (Abubakar Suleiman) who, in what was perceived a premeditated display of insensitivity, flagrantly and audaciously defamed the entire Christian race in public advert during a period as sacrosanct to Christians such as Easter celebration?
You may recall that Sterling Bank, led by Abubakar Suleiman, embarrassed the Christian race by running an Easter advertising that accidentally likened Jesus Christ’s resurrection to the rising of Agege Bread.
Alternatively, Sterling Bank compared Agege Bread to Jesus, as some reports suggest.
The bank actually wrote “Like Agege Bread, He Rose,” a reference to Jesus’ historical resurrection and the rising of Agege Bread.
Even though many believed Sterling Bank should have known better, especially with a Chief Executive Officer who claimed to enjoy reading and writing poetry, Christian reactions, whether from the South, where the majority of the bank’s shareholders are located, or from the North, where the bank’s Managing Director is located, did not result in the loss of life or the destruction of the bank’s branches across the country.

Indeed, the Christian Association of Nigeria (CAN), which had previously spoken out against imposing sanctions on Abubakar Suleiman, soon reversed course and pardoned him.

When the incident that resulted in the death of Deborah Samuel occurred on Thursday afternoon, the tension caused by the Abubakar Suleiman-led Sterling Bank “Agege Bread” advertisement has yet to die down completely, and now aggrieved members of the Christian fold have resurrected calls for the sacking of the Sterling Bank Managing Director and Chief Executive Officer.

Without a doubt, the majority of Christians are unhappy, and no one knows how far they will go to express their discontent. Would Abubakar Suleiman entirely avoid the Christian axe during the entire drama? Perhaps only time will tell.