It was learnt that the meeting took place on Sunday in neighbouring Benin Republic where Igboho is being restricted to after his bail on medical ground.

The details of the Sunday meeting remains unknown. 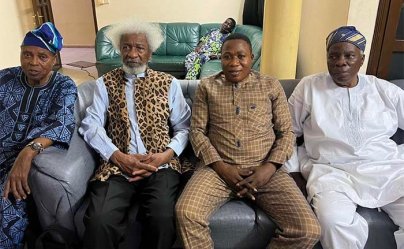