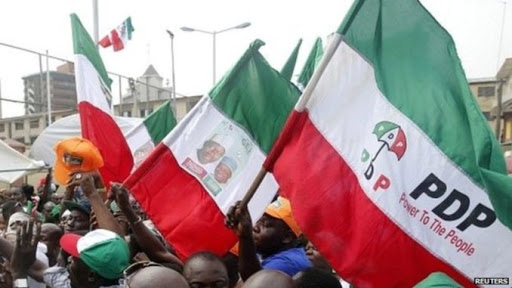 The National Working Committee (NWC) of the Peoples Democratic Party (PDP) has chosen Abuja as the venue of its Special National Convention.

Naija News reports that the opposition party will elect its presidential candidate at the national convention scheduled for May 28 and 29, 2022.

In an interview with The Punch, PDP spokesman, Debo Ologunagba said the party’s NWC resolved to hold the convention in Abuja after serious deliberations and consultations.

Ologunagba, however, disclosed that the National Executive Committee (NEC) of the party will ratify the venue of the convention at its meeting on Wednesday in Abuja.

He said: “We have decided to hold the convention, where our candidate will emerge, in Abuja. That was where the National Working Committee chose, but the National Executive Committee will ratify it at our meeting on Wednesday.”

It is understood that the party’s leadership rejected moves by some of the aspirants who wanted the convention to hold in their preferred states or areas they consider safe for them.

According to the Punch, several interests were rebuffed by the party’s NWC before arriving at the Abuja venue for the convention.

Speaking further, Ologunagba assured PDP members and supporters that the party leadership would not be biased toward any of the aspirants, adding that it would be fair to all the hopefuls.

The PDP spokesman asserted that the party leadership does not have any favourite aspirants, stressing that all the hopefuls are distinguished PDP members.

He said, “We are going to be fair to all. We have no candidate among the aspirants. They are all distinguished members of our party, who have done well for the party and the country.

“In all the positions they have held, they have done well. We will work together and send the incompetent All Progressives Congress out of power.”