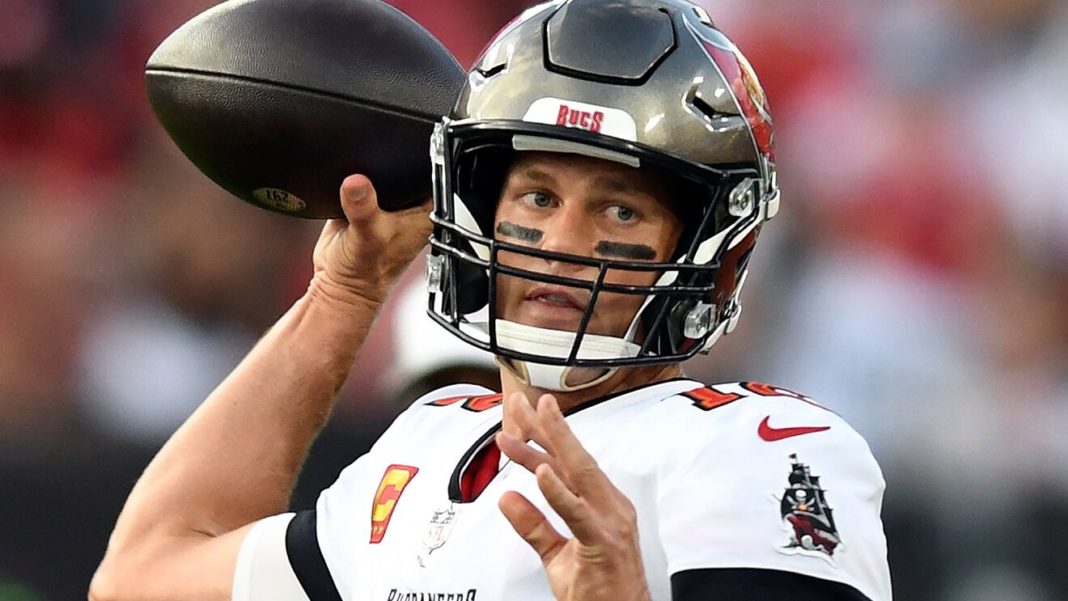 According to Tom Brady’s father, the reports saying Brady is retiring are 100 percent false.

Let’s back up a bit. Early Saturday afternoon, ESPN’s Adam Schefter and Jeff Darlington reported that Brady is retiring this offseason. End of story? Not quite.

Brady’s agent, Don Yee, then issued a statement to Schefter and didn’t confirm or deny the reports, leaving the door open for Brady to play next season. In the midst of circulating reports, we then learned the Buccaneers haven’t been informed that Brady is retiring.

Now, Tom Sr. is denying that his son has retired. Kylen Mills of KRON4 News has the scoop:

“JUST IN: Tom Brady Sr. tells @kron4news that his son is not retiring,” Mills said on Twitter. “Brady Sr. says an online publication started circulating an unsubstantiated rumor. However a number of NFL insiders are now reporting it.”

Round and round we go here. It appears Tom Brady isn’t retiring just yet – or it’s possible he’s still weighing his options.

At this point, the only person who can give us clear-cut information is Tom Brady himself. Anything else is pure speculation or educated guesses at this point.

Has Brady played the last down of his NFL career? It doesn’t sound like it, according to Tom Sr.

The post Tom Brady’s Father Responds To Rumor His Son Is Retiring appeared first on The Spun.