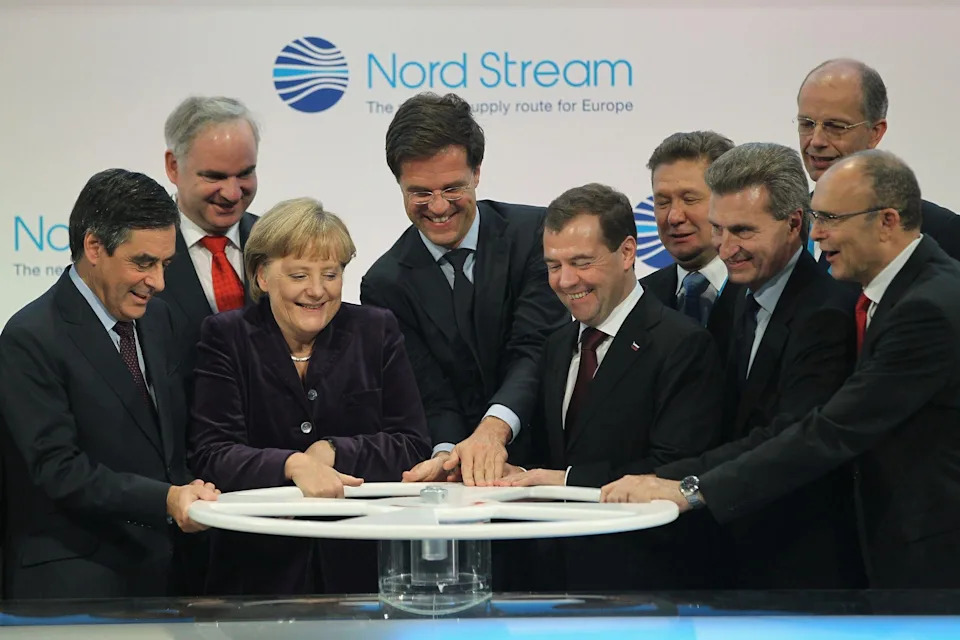 (Bloomberg) — When Foreign Minister Annalena Baerbock travels to Russia this week she’ll be following a path well-trodden by German officials, and it’s one that’s shown can lead to friction with its biggest western ally.

As U.S. President Joe Biden’s administration looks to deter Russia from invading Ukraine, doubts are being raised about Germany’s readiness to confront President Vladimir Putin. Baerbock’s task will be to demonstrate that any questions over the new Berlin government’s resolve are misplaced.

Her meeting in Moscow on Tuesday with counterpart Sergei Lavrov is part of a long tradition of German-Russian diplomacy that has sometimes seemed to the outside world to foster unusually close relations.

Now Germany’s willingness to impose tough sanctions, the cohesion of the three-party coalition under Social Democratic Party Chancellor Olaf Scholz, and above all its stance on the Nord Stream 2 natural gas pipeline are all matters of conjecture. Some American officials talk of a “Germany problem” as a result, according to two people familiar with the Biden administration’s thinking.

In Germany, “a considerable part of the public thinks that Russia should be granted an exclusive zone of influence in exchange for keeping up gas supplies,” Stefanie Babst, a former senior NATO official, wrote in a piece for the German Council on Foreign Relations.

The government denies that there’s any rift with the U.S. over Russia. True, a majority of Germans want Nord Stream 2 to begin shipping gas from Russia to Germany, a poll published on Jan. 6 found. Yet only 17% of respondents saw Russia as a trustworthy partner. Total Germany-Russia trade was worth some $90 billion in 2013 before Russia’s annexation of Crimea resulted in sanctions. It had halved by 2020.

Yet even the perception of German equivocation has some analysts warning of a looming clash with Washington.

The situation has echoes of four decades ago, when West German Chancellor Helmut Kohl rebuffed Ronald Reagan over the U.S. president’s efforts to confront what he called the “evil empire.” That, too, included a German refusal to cancel a gas pipeline. “Two Allies in Trouble,” ran the headline in Newsweek at the time.

U.S. Deputy Secretary of State Wendy Sherman has stressed unity with allies and partners in confronting Russia over its military buildup, including working together to impose “severe economic costs” if it were to invade Ukraine.

However, a former official with ties to the current U.S. administration said a point of concern is how much Germany would be on board in terms of potential reprisals on Russia. The fact is that Europe is more strongly bound to Russia economically and culturally than the U.S., so the calculus is different, said Nils Schmid, the SPD’s foreign policy spokesman in the German parliament, the Bundestag.

“It’s easy for the U.S. to call on Germany to take a harder line,” Schmid said. “The West has to ask itself if it’s ready to pay the economic price,” including a possible energy boycott. “There are good reasons not to,” he said.

Read More: Putin’s Troops Wouldn’t Get Cheers in This Once Pro-Russia City

Questions persist over unity on Russian policy within the coalition that took office on Dec. 8. Baerbock, a co-leader of the Greens, has been more critical of Moscow in public than Scholz, whose Social Democrats enjoyed a historic closeness to Russia.

Nothing has done more to burnish Berlin’s reputation for warm ties with Moscow than Nord Stream 2, which is awaiting certification by German authorities just as Europe struggles with an energy price crisis. Supplies via the new route could go some way to mitigating that.

But its status as a political project was ensured from the outset when the first Nord Stream was championed by then-SPD Chancellor Gerhard Schroeder. He joined the board of Russian gas giant Gazprom PJSC within months of leaving office in 2005. The U.S. says Nord Stream 2 gives Russia a stranglehold over European energy security.

The threat of U.S. sanctions was removed after Biden and Merkel struck a deal last summer in which Germany agreed to act to ensure that Russia would not use it or any pipeline “to achieve aggressive political ends.” Scholz has been less explicit in linking the pipeline’s fate to the current standoff, saying only that any breach of Ukraine’s borders would carry “severe consequences.”

Still, Schmid, the SPD lawmaker, said the chancellor is ready to consider measures against Nord Stream 2 if Russia were to invade Ukraine. Juergen Trittin, a Greens lawmaker and veteran of the Schroeder government, said both Baerbock and Scholz have made clear that cooperation with Russia on energy matters is at risk if Putin uses “energy as a weapon,” something of which there is currently no indication.

Germany’s ties to Russia are rooted in a long shared history that helps explain its approach today. At the height of the Cold War in 1963, Social Democrat Egon Bahr proposed steps that would form the basis of Ostpolitik, the policy of rapprochement with the east championed by West German Chancellor Willy Brandt and followed by successive governments.

Among its facets were an emphasis on peace, realism, critical dialogue with Russia, and the role of economic relations. Those central themes have lost none of their relevance today, according to Ulrich Kuehn, a political scientist who wrote a paper in 2016 titled: “The conflict over Ukraine: What we can learn from Egon Bahr.”

“I would say Nord Stream 2 stands in a rather long tradition of German chancellors doing business with the Russians/Soviets,” said Kuehn. “This is sometimes what might look dubious from a Washington perspective.” Yet, he said, “from the German perspective it looks rather consistent.”

Putin regularly refers to Bahr’s ideas, most recently at his annual press conference last month. In an interview with German weekly Die Zeit published in June, the Russian leader said that Bahr “proposed a radical restructuring of the entire European security system after German unification, involving both the USSR and the United States. But no one in the USSR, the U.S. or Europe was willing to listen to him.”

The most striking historical parallel for today’s situation comes from the early 1980s, when the Greens had emerged as a protest movement and were leading opposition to the stationing of U.S. nuclear missiles in West Germany. Helmut Schmidt’s SPD-led government was wobbling in its commitment to the deployment, and the U.S. worried that Bonn was shifting out of its orbit toward “neutralism.”

The arrival in October 1982 of Kohl at the head of a conservative-led coalition was greeted with relief by the Reagan administration. Only, Kohl and his foreign minister, Hans-Dietrich Genscher, chose a policy of detente with Moscow.

In a contemporary paper titled “West Germany: Reliable Partner?” historian Wolfgang Schlauch records how more than any other issue, tensions were caused by the construction of a gas pipeline from Siberia to Western Europe. Where West Germany saw the pipeline as a “stabilizing factor” in relations with the east, the Reagan administration saw the potential for disruption of supplies and Soviet leverage — and offered to ship American coal as an alternative.

U.S. sanctions were applied then dropped after Washington realized that transatlantic relations were at their lowest ebb in years. Kohl pushed the missile deployment through the Bundestag, but held firm on the pipeline.

Andrey Kortunov, head of the Kremlin-founded Russian International Affairs Council, sees a historic shift today under a new generation of German politicians for whom reunification is self-evident and understanding of Russia is diminished. Even so, he said, “I do not think that there will be a sharp crisis and Germany will turn its back on Russia entirely.”

For Trittin of the Greens, differences with Washington over relations with Moscow are inevitable: “The Europeans have to continue to live with Russia.”

Most Read from Bloomberg Businessweek