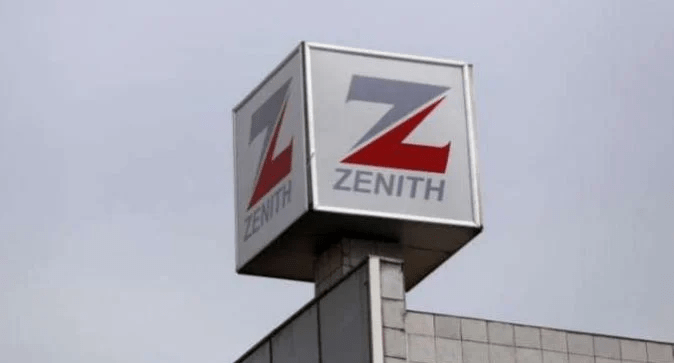 Nigeria’s largest bank by profits and net assets Zenith Bank has now outpaced GT Co as the most valuable bank in the country. Zenith Bank’s market capitalization rose past N800 billion on Thursday while GT Co slipped to N749 billion.

Nigeria’s most efficient bank, Guaranty Trust Holding Company, the owners of GT Bank has suffered an N80 billion loss in market valuation since it transformed into a bank holding company. GT Bank’s shares price was trading at N28 per share in the weeks leading to finally transforming to a holding company.

Since then, its share price has taken a nosedive ending the year with a 20% drop compared to the banking sector all share index which gained 10% during the year. The slide appears to have continued this year with the share price falling to N25.45 on Wednesday. In fact, the bank shares fell to a year low of N23.9 in December before rallying to N26 in December.

The drop in GT Co’s valuation means it has now been overtaken by Zenith Bank in terms of the market valuation after GTB’s share price fell to N25.45 and Zenith rose to N25.5. Zenith Bank has more shares on issue making it more valuable than GT at a similar price.

The bank has now lost over N250 billion in market value since November 2020. Data also reveal its price to book ratio is now firmly below 1 for the first time in years 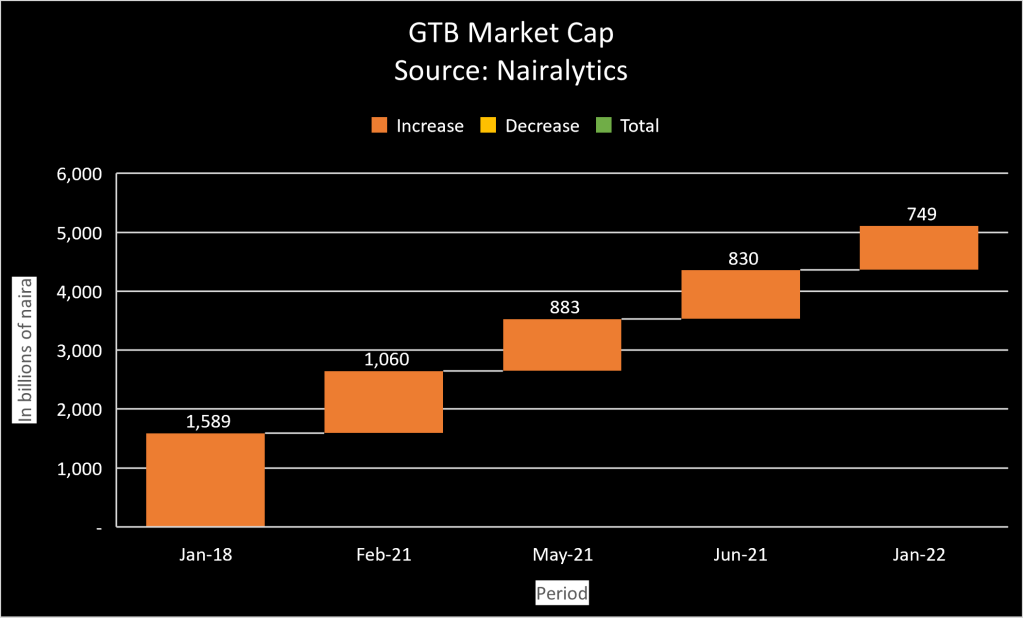 The promise of a great future?

During a media briefing in 2020 when the then GT Bank MD/CEO Segun Agbaje was discussing the benefits of transiting to a Holdco, he assured investors of a rewarding future.

“I am delighted over the approval by shareholders for the holding company and I assure the investors of a more rewarding future. The bank will not embark on any share reconstruction, as the same number of shares they have with the bank will be maintained. Under the new structure, existing shareholders of GTBank would be migrated to Guaranty Trust Holdings via a share-for-share exchange between the shareholders of GTBank and GTHoldings.”

While explaining the benefits of the HoldCo structure, Agbaje explained that the overall strategy was to create an operating model that would profitably grow the bank’s presence in the market for commercial banking and non-banking financial services, in order to achieve the aspiration to be the dominant financial services group.

Unfortunately, none of these promises is yet to materialize as the bank navigates through the difficult waters of operating a holding company. During its 9 months interim results, the bank reported a 9% dip in pre-tax profits going from N167.3 billion to N151.9 billion. The major reason for this is a decline in its net interest income and a rise in operating expenses.

Should shareholders be worried?