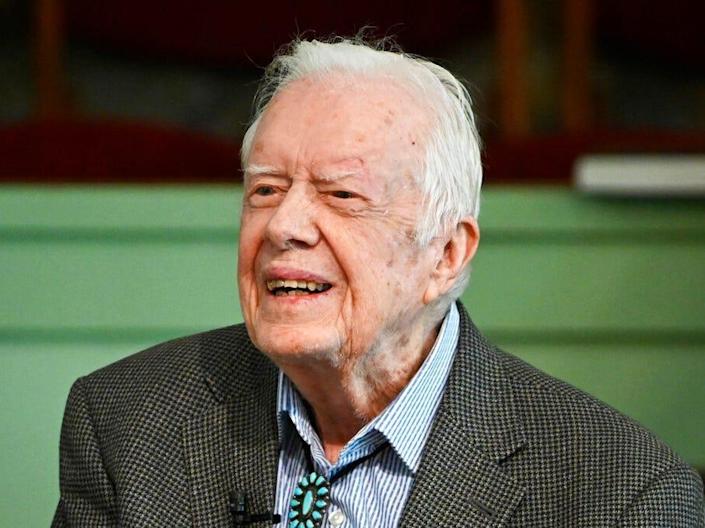 Former President Jimmy Carter issued a warning that the spread of misinformation and the deepening political divide jeopardizes US democracy, in an op-ed published in The New York Times on the eve of the anniversary of the January 6, 2021, Capitol insurrection.

The 39th president, who is now 97-years-old, said he’d hoped the riot — in which a Pro-Trump mob attempted to overturn the 2020 election — would enlighten the nation and force it to act against “the toxic polarization that threatens our democracy.”

He listed five demands that Americans should demand of political leaders to “uphold the ideals of freedom and adhere to high standards of conduct”:

More than 727 people have been charged so far in relation to the riot. The US House of Representatives has also convened a bipartisan committee that is currently investigating the Capitol insurrection — including subpoenaing lawmakers, media personalities, and former President Donald Trump’s confidants.

In closing, Carter said, “Our great nation now teeters on the brink of a widening abyss.”

“Without immediate action, we are at genuine risk of civil conflict and losing our precious democracy. Americans must set aside differences and work together before it is too late,” he added.