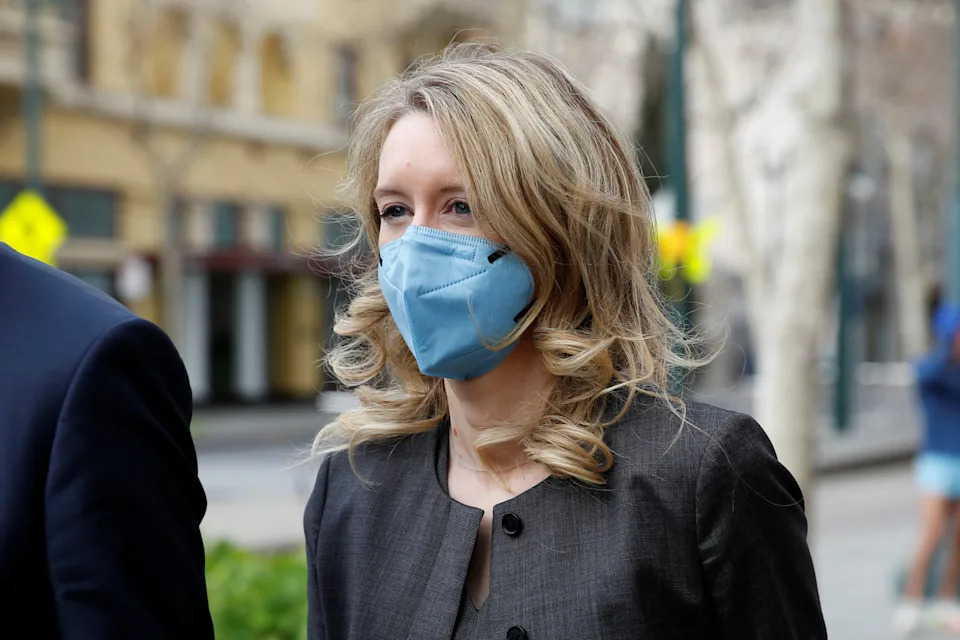 Theranos founder Elizabeth Holmes was convicted on three counts of criminal wire fraud and one count of conspiracy to commit wire fraud Monday, with a jury unanimously finding her guilty of illegally fleecing investors out of millions of dollars through her startup blood diagnostics company.

The jury deadlocked on three counts of wire fraud, and she was found not guilty on four counts of defrauding patients.

Holmes, 37, turned toward the judge and jurors as the judge’s deputy read the verdict to the packed courtroom in San Jose’s federal district court. The former media darling, dressed in a gray skirt suit, sat upright and was flanked by two of her defense attorneys. Holmes showed no sign of emotion, though she embraced her family members briefly before exiting the courtroom.

On 11 separate felony counts contained in the indictment — each carrying a maximum penalty of 20 years in prison — the jury found Holmes guilty on three of nine counts of wire fraud and one of two counts of conspiracy to commit wire fraud.

“The guilty verdicts in this case reflect Ms. Holmes’ culpability in this large-scale investor fraud, and she must now face sentencing for her crimes,” a spokesman for U.S. Attorney for the Northern District of California Stephanie Hinds told reporters outside the courthouse.

Holmes is expected to appeal the decision, though neither Holmes nor her attorneys confirmed the possibility.

The conspiracy to commit wire fraud, prosecutors said, was formed by an agreement between Holmes and her co-defendant Ramesh “Sunny” Balwani to induce investors to back Theranos by making “numerous misrepresentations to potential investors about Theranos’ financial condition and its future prospects.” Balwani was Holmes’ long-time boyfriend and served as Theranos’ COO.

Judge Edward Davila will hand down a sentence at a later date. Under California law, felony convictions must be scheduled for sentencing within 20 days of a guilty verdict, though exceptions to that rule can apply. The government’s decision on whether to retry Holmes on the three hung charges could impact the sentencing date.

One of the government’s attorneys asked for Holmes’ signature bond to be modified to a secured bond, which would require Holmes to provide collateral while she awaits the government’s decision on retrying the three counts on which the jury returned no verdict.

The landmark case, one of the most closely watched in Silicon Valley history, establishes a new bar for the extent to which startup ventures and their founders who overhype the capabilities of their products and services can steer clear of the U.S. Justice Department’s scrutiny.

Representations made by startup founders like Holmes have not always attracted significant pressure from federal prosecutors, partially due to the typical agreements that multi-millionaire and billionaire investors sign before they make their investments, attesting to their understanding of the highly speculative nature of such wagers.

However, Holmes was also accused and acquitted of defrauding customers who paid for her company’s commercialized blood-testing service through its partnership with Walgreens. Jurors were not convinced of the government’s claims that customers who spent money on the service, only to receive erroneous results, were also duped because Theranos’ tests were never reliable.

Six of the wire fraud charges (counts 3 -8) in the indictment against Holmes were based on multi-million dollar investments in Theranos made between 2013 and 2014. Two wire fraud charges (counts 10 & 11) were based upon payments made by Theranos customers in exchange for blood services, while an additional charge (count 12) pointed to a money transfer tied to Theranos’ advertisements of its services.

Each of two conspiracy charges separately alleged that between approximately 2010 and approximately 2015, Holmes conspired with Balwani to defraud investors and patients. Balwani is facing a separate trial, scheduled to begin next year

The jury’s decision was based on testimony from more than 30 witnesses — including Holmes herself, who took the stand in her own defense — as well as arguments from each party’s lawyers, and more than 900 exhibits introduced over the trial’s 15 weeks.

“Elizabeth Holmes was building a business and not a criminal enterprise,” Holmes’ attorney Kevin Downey told the jury in closing arguments.

In rebuttal, U.S. Assistant Attorney John Bostic painted a starkly different picture, telling jurors, “The disease that plagued Theranos was not a lack of effort, it was a lack of honesty.”