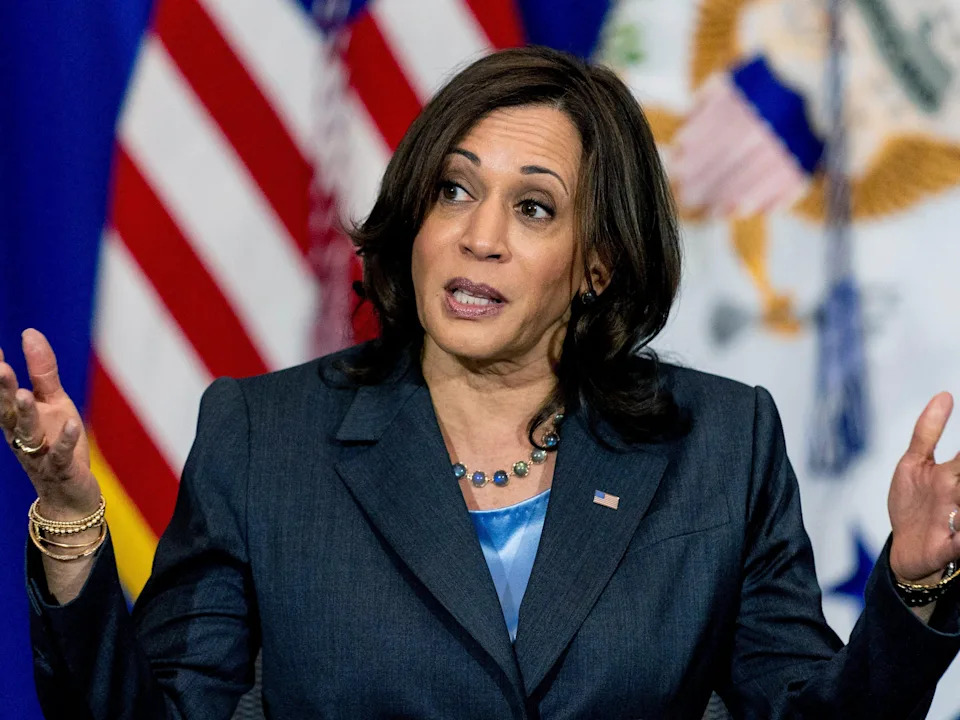 Vice President Kamala Harris said the United States may lose its standing as a role model for the world – and democracy itself would be put at risk – if voting rights legislation is not passed.

Harris, who has taken the lead on voting rights, said during a wide-ranging interview broadcast Sunday on CBS News’ “Face the Nation” that people around the world are watching the United States “because we have held ourselves out to be a model of … the ability of a democracy to coexist with an economic strength and power.”

But Harris warned that if lawmakers don’t pass legislation to preserve voting rights, the United States’ standing could be in jeopardy.

“We have been a role model saying, ‘You can see this and aspire to this and reject autocracies and autocratic leadership,’” Harris said. “Right now, we’re about to take ourselves off the map as a role model if we let people destroy one of the most important pillars of a democracy, which is free and fair elections.”

Harris recognized the issue isn’t a top concern for many Americans but said it should be.

“Given the daily grind that people are facing, this may not feel like an immediate or urgent matter, when in fact it is,” the vice president said. “And the more we have the opportunity to talk about it, the more I think people will see, ‘Yeah, I don’t want an America of the future for my kids to be in an America where we … are suppressing the right of the American people to vote.’”

In recent weeks, President Joe Biden and Democrats have put voting rights legislation at the top of the priority list as the Build Back Better Act, the president’s signature domestic policy bill, has stalled. Harris has also been under extreme pressure by voting rights activists to help pass legislation.

But the legislation faces tough odds in the Senate. Democratic Sens. Kyrsten Sinema of Arizona and Joe Manchin of West Virginia have said they oppose changing Senate rules to get around a GOP filibuster for voting rights legislation that passed in the House. In addition, a separate voting rights bill that was written with Sinema and Manchin’s involvement does not have enough support from Republicans to avoid a filibuster.

Biden has said that if it comes down to it, he would support a carve-out of the filibuster to pass voting rights legislation. But Harris would not say whether she would support that, explaining only that “we are going to urge the United States Congress, and we have been, to examine the tools they have available to do what is necessary to fight for and retain the integrity of our voting system in America.”

Harris touched on the Build Back Better Act, saying the administration is not giving up on getting the legislation passed.

But when asked about Manchin’s lack of support of the bill, Harris refused to blame him directly for the bill’s delay: “I think the stakes are too high for this to be in any way about any specific individual.”

“We can’t afford in this moment of time, where we have an opportunity to do something so substantial in terms of public policy in America, to literally help families,” Harris said. “I refuse to get caught up in what might be personal politics when the people who are waking up at 3 o’clock in the morning worried about how they’re going to get by could care less about the politics of D.C. They just want us to fix things.”

‘I want to get things done’: Defiant Biden insists Build Back Better can pass despite Manchin opposition

As vice president, Harris has been tasked with several key issues. In addition to voting rights, Harris has taken the lead on addressing root causes of migration from Central America. Some Democrats and former colleagues of Harris have said she was given an “impossible portfolio,” CBS News’ Margaret Brennan noted.

Brennan then asked whether the vice president believes she’s being set up to fail.

“I don’t believe I’m being set up to fail,” Harris responded.

“Because these are Democrats saying this,” Brennan interjected.

“More important, I’m the vice president of the United States, anything that I handle is because it’s a tough issue,” Harris responded. “It couldn’t be handled at some other level. And there are a lot of big, tough issues that need to be addressed. And it has actually been part of my lifelong career to deal with tough issues, and this is no different.”