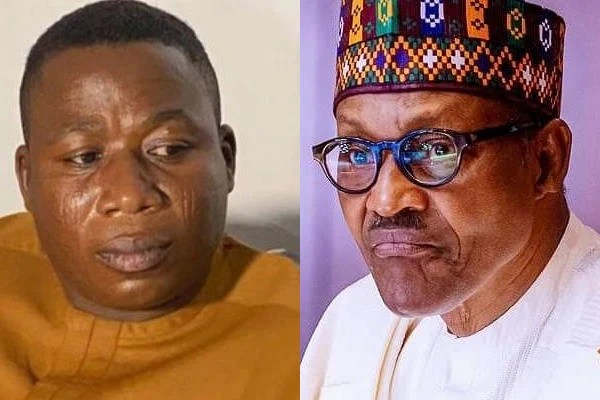 Pelumi Olajengbesi, one of the lawyers of embattled Yoruba Nation agitator, Sunday Adeyemo aka Sunday Igboho, says South-West leaders have failed his client by not standing by him.

The Publisher Nigeria learnt that the lawyer said Yoruba elders should learn from their Igbo counterparts who recently visited the President, Major General Muhammadu Buhari (retd.), to demand the release of their ‘son’, the leader of the proscribed secessionist group, the Indigenous People of Biafra, Nnamdi Kanu.

Kanu and Igboho are separately agitating for the secession of the South-East zone and the South-West zone respectively from the Nigerian state.

The Buhari regime, which turned maddening heat on the separatists this year, got the two arrowheads behind bars. While Kanu is in the custody of the Department of State Services, Igboho, who was apprehended in Benin Republic while fleeing, has since been in a detention facility in the neighbouring country. Both men are facing terrorism-related charges brought against them by the Buhari regime.

However, in a shift from his hardcore stance, Buhari, on Friday, said he would consider the demand for the release of Kanu when some respected Igbo elders, led by Minister of Aviation in the First Republic, Chief Mbazulike Amaechi, visited him in Aso Rock in Abuja and requested the unconditional release of the IPOB leader.

In response, Buhari had said, “You’ve made an extremely difficult demand on me as leader of this country. The implication of your request is very serious. In the last six years, since I became President, nobody would say I have confronted or interfered in the work of the Judiciary.

“When Kanu jumped bail, got arrested and was brought back to Nigeria, I said the best thing was to subject him to the system. Let him make his case in court, instead of giving very negative impressions of the country from outside. I will consider your demand, but it is a heavy one.”

Reacting in a statement on Sunday, Olajengbesi, who is one the lawyers of Igboho in Nigeria, said Yoruba leaders should learn from the Igbo elders who showed “communal and tribal loyalty to one of their own, Mr. Nnamdi Kanu” when they visited Buhari on Friday to demand the IPOB leader’s release.

The visit “underscores the calculated compassion of the Igbos to one of their own even at the risk of opprobrium and scorn in federal circles,” he said in the statement titled, ‘Sunday Igboho & Nnamdi Kanu’s Travail: Yoruba Leaders Need To Learn From The Igbos’.

“I speak with no hesitation about Chief Sunday Igboho whose ordeal parallels that of Mr. Nnamdi Kanu in original intent, blackmail and oppression by the powers that be. Unlike the latter whose kinsmen and kiths have rallied around in an unequivocal display of affection and compassion, Chief Sunday Igboho and his associates continue to be hounded like orphans without roots and bearing.

“With all due respect to the elders and leaders of the Yoruba tribe and without an iota of spite, the Yoruba Leaders have failed Chief Sunday Igboho and his aides. Those on whom the Yorubas have pled fealty as Leaders, Kings, Kingmakers and Bearers of the Authority of the Tribe have turned a blind eye and a deaf ear to the sufferings and agony of Chief Sunday Igboho whose seeming offence is seeking a better lot for his people.

“Therefore, and as a matter of urgency, Yoruba Leaders must urgently borrow a leaf from Igbo Leaders by approaching President Buhari to secure the liberty of Chief Sunday Igboho and that of all his associates from the contrived charges against them,” the statement read in part.