Home Economy How We Recovered Looted Billions From UK, Others, By FG 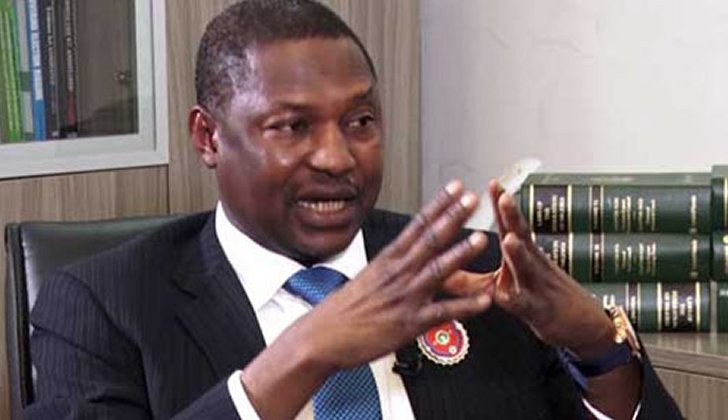 The Federal Government has given insight into how preventive measures adopted to check corruption and manage recovered stolen assets had brought about the repatriation of some stolen funds stashed away overseas.

The Publisher Nigeria gathered that the Attorney General of the Federation and Minister of Justice, Abubakar Malami, according to a statement issued on Tuesday by his Special Assistant (Media and Public Relations), Dr Umar Gwandu, stated spoke during the 2021 annual public lecture organised by the Centre for Media and Peace Initiative, New York, United States, on Monday.

According to him, being an Africa Union Champion in the fight against corruption, the President, Major General Muhammadu Buhari (retd.), has endeavored to fight corruption in all its ramifications through the legislative framework.

He said outstanding successes recorded by the government in international asset recovery could be a template for other African countries in the fight against graft.

Malami said, “Various steps have been taken in terms of legislatives frameworks, establishment of institutions and policy measures targeted at combatting corruption, regional corporation and ensuring good governance for the benefit of citizens.

“In 2017, the signing of a trilateral agreement with Switzerland and World Bank enabled the recovery of $322.515m.

“In 2020, a total sum of $311.7m was returned to Nigeria after signing another trilateral agreement with the U.S.A and Bailiwick of Jersey.

“Also in the year 2020, 5.4 million Euros was recovered in March emanating from an agreement signed with Northern Island.

“Additional recoveries to the tune of $200m are being anticipated subject to the settlement of litigations of which the Ministry of Justice is attending to presently.”

Malami said the present government was able to achieve the successes due to the political will, funding, legislations, institutional support, and Executive Orders of Buhari.

“The Buhari’s approach to fight against corruption has been one of three cardinal pillars of our campaign promises; the others are economic and security development,” the minister said.

He stressed that Nigeria had taken anti-corruption measures in tackling cybercrime, money laundering, oil bunkering and false assets declaration among others.

The AGF said that the Federal Government had developed the National Anti-Corruption Strategy and a guideline for smooth implementation of the strategy which has five pillars of prevention of corruption, public engagement, ethical re-orientation, enforcement and sanction, and recovery and management of proceeds of crime.