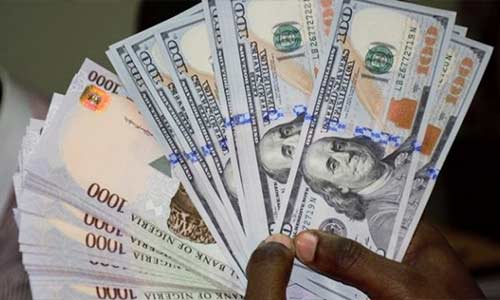 The Central Bank of Nigeria (CBN) has urged all Nigerians to embrace the eNaira saying that it is more reliable than cryptocurrencies.

This was disclosed by CBN spokesman, Mr Nnamdi Okwuosa at the CBN Fair, with the theme, ‘Promoting financial stability and economic development.’

The aim of the Fair was to create an opportunity for stakeholders and the general public in Abia and Ebonyi States to understand issues on the eNaira, consumer protection, currency operations, payment system management and development finance initiatives.

What is the CBN saying?
According to Nnamdi, eNaira is a legal, tender issued by a sovereign nation and regulated by the Central Bank of Nigeria. He said, “Digital currency (eNaira) is more reliable than cryptocurrency which is not regulated.”

He stated that the CBN was continually on the lookout for threats to the country’s financial system and was thus in a good position to provide reliable economic advice, adding that people “must listen to us.”

People losing money to scammers and unregistered financial institutions, according to the CBN spokesman, will be eradicated if people start listening only to the CBN and avoid institutions not regulated by the central bank.

Apart from raising awareness among stakeholders, Okwuosa added that the CBN Fair provides a venue for the apex bank to hear customers’ grievances and inquiries and respond with appropriate answers. He claims that the information gained from such exchanges aids CBN in adapting its policies to fit current demands.

In case you missed it
CBN’s technical partner, Bitt inc, has announced plans to roll out a new mobile application that allows the unbanked population to access eNaira.

The NDIC is in collaboration with the Bankers’ Committee and other government agencies to check the increasing impact of cybercrime in the country.